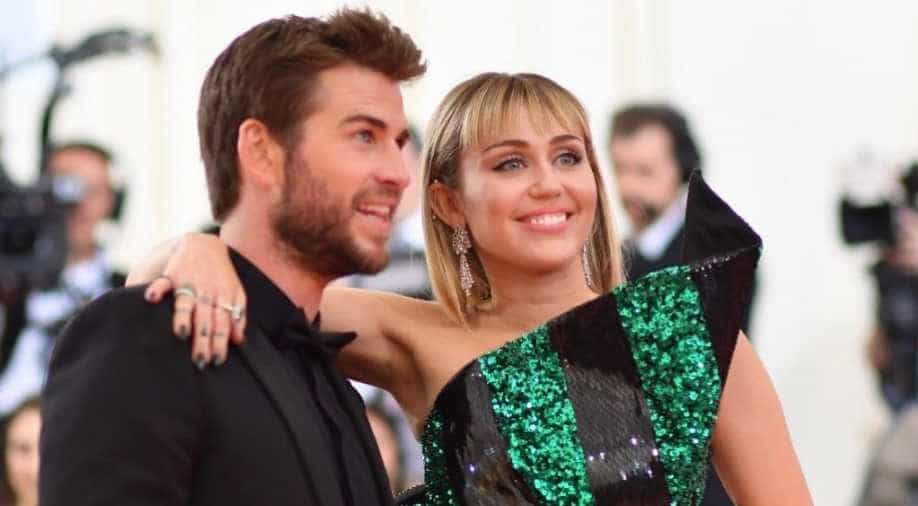 According to media reports, Hemsworth applied for divorce from the `Wrecking Ball` singer on Wednesday (local time) in Los Angeles, citing "irreconcilable differences."

Since Liam Hemsworth has now filed for divorce, it seems to be the end of his relationship with Miley Cyrus. "She didn`t expect it and is a bit disappointed, but she is still doing well and has obviously moved on as well," a Cyrus insider told People.

According to documents obtained by People, Hemsworth applied for divorce from the `Wrecking Ball` singer on Wednesday (local time) in Los Angeles, citing "irreconcilable differences."

The couple signed a prenuptial agreement before tying the knot so a smooth divorce is expected, People confirmed.

Despite ending their relationship, the insider said Cyrus has fond memories of their nearly 10-year romance.

"What she and Liam had for a long time was very special. It`s just hard for her to think that she will never have this again with Liam. There are really so many things that she loves about him," the Cyrus insider continued.

The two met on the sets of `The Last Song` in 2009 when they were teenagers.

They dated on and off for almost a decade before they got married on December 23, 2018, in an intimate ceremony at her family home in Franklin, Tennessee.