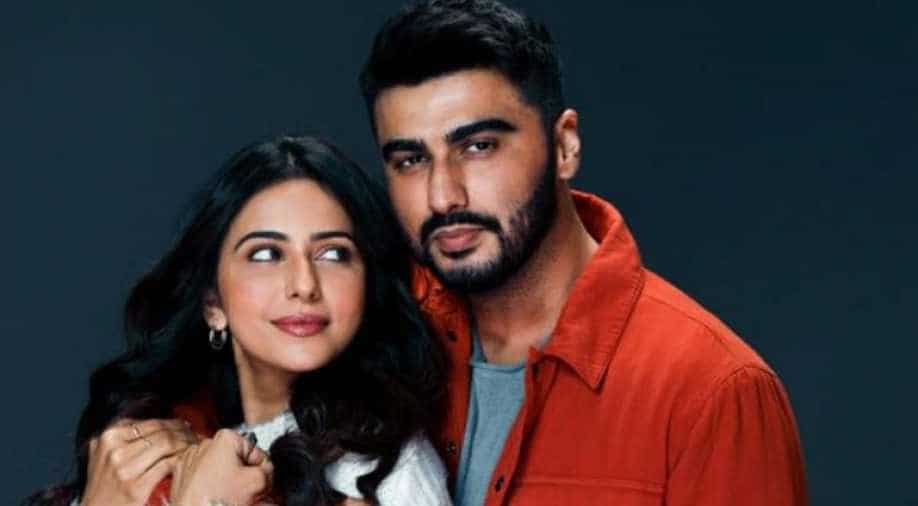 This is the first time actors Arjun Kapoor and Rakul Preet Singh would be pairing up for a film Photograph:( Twitter )

Get ready to witness a fresh onscreen couple -- Arjun Kapoor and Rakul Preet Singh!The two are all set to share screen space in a yet-untitled feature which will be directed by Kaashvie Nair and produced by John Abraham along with Bhushan Kumar, Krishan Kumar, Monisha Advani, Madhu Bhojwani, and Nikkhil Advani.

It is most likely to go on floors this month as film critic Taran Adarsh shared the news on Twitter along with a snap of the fresh pair looking totally into each other.

The news comes a day after Arjun unveiled the trailer of his upcoming war drama `Panipat`. The historical saga is set in 1761 and based on the third battle of Panipat.

The drama dictates the events that lead to the third battle of Panipat. Also starring in the film are Kriti Sanon, Sanjay Dutt along with Padmini Kolhapure, Mohnish Bahl, Kunal Kapoor, and Zeenat Aman.

Produced and directed by Ashutosh Gowariker, it is slated to hit the screens on December 6.

Rakul, on the other hand, is awaiting the release of `Marjaavaan` starring Sidharth Malhotra, Riteish Deshmukh and Tara Sutaria. Directed by Milap Milan Zaveria, the film will open in theatres on November 8.