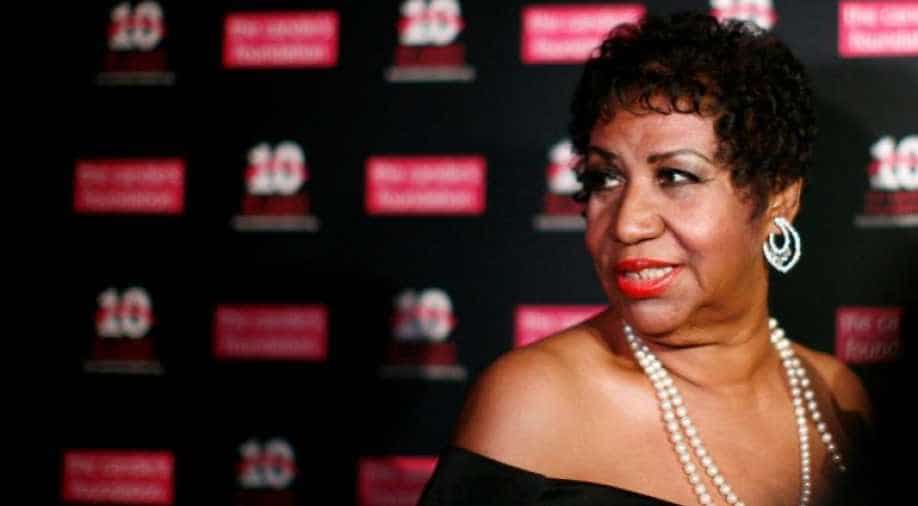 The artist became the first individual woman to earn a special citation prize since it was first awarded in 1930.

The late American singer-songwriter Aretha Franklin, popularly called `The Queen of Soul` just created history as she was posthumously awarded the Pulitzer Prize Special Citation honour for her contribution to the American music and culture.

The artist became the first individual woman to earn a special citation prize since it was first awarded in 1930.

Franklin`s honour was announced as one of the 2019 Pulitzer Prizes for Arts, Drama and Music, with the singer being acknowledged "for her incredible contribution to American music and culture for more than five decades."

Since 1930, 41 people and institutions have been awarded special citations from the Pulitzer Prize Board. Franklin joins previous Special Citation honourees including Duke Ellington, Thelonious Monk, Scott Joplin, and John Coltrane.

The Pulitzer Prizes also shared the news on their Twitter handle."Congratulations to @capgaznews. #Pulitzer #pressfreedom #PressOn," the tweet read.
Franklin passed away in August 2018 at the age of 76 following a years-long battle with advance pancreatic cancer of the neuroendocrine type.The 18-time Grammy Award winner was surrounded by family and friends when she died at her home in Detroit.

Franklin began her singing career as a teenager, singing gospel hymns in her father`s Detroit church. From the humble beginnings, she scaled to the great heights of stardom, scoring her first national chart-topper in 1967 with a version of Otis Redding`s `Respect`.Since then, Franklin notched 77 Hot 100 chart entries.

She earned 18 Grammys out of the 44 nominations in total.In 1987, Franklin became the first woman to be inducted into the Rock and Roll Hall of Fame and was later named the Greatest Singer of All Time by the Rolling Stone.

She was also honoured with the National Medal of Arts and the Presidential Medal of Freedom in 2005 by former US president George W Bush.
Franklin`s life and legacy have also been highlighted in the recent documentary titled `Amazing Grace`.The singer known for hit songs like `Respect`, `Natural Women`, and `I say a little prayer`, was given tributes by a string of artists including Ariana Grande, Madonna, Taylor Swift, Elton John, Dwayne Johnson, Beyonce, Jay-Z, among many others last year at various musical performances and events.

Most recently, Fantasia Barrino, Andra Day and Yolanda Adams came together for a heartfelt tribute to Franklin at the 2019 Grammys.