Are Jennifer Lopez and Ben Affleck planning to move in together with the singer's kids? 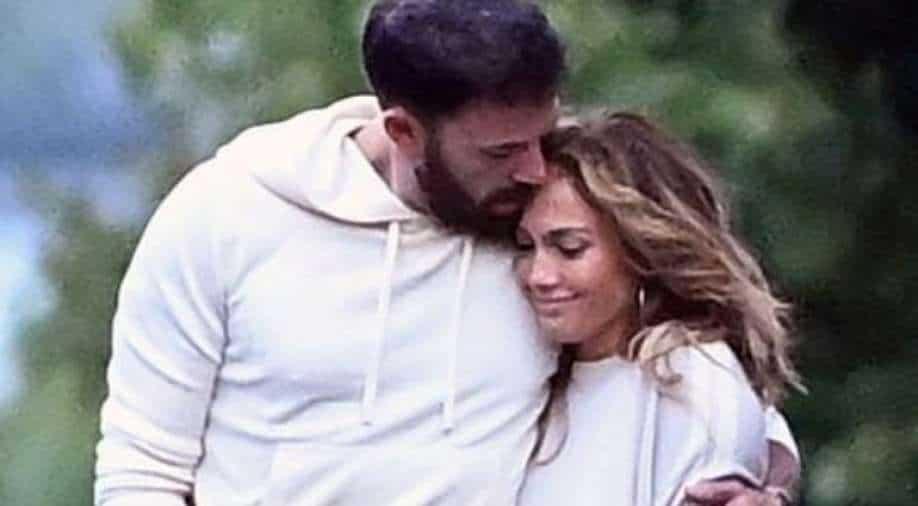 Recently, Jennifer Lopez`s 13-year-old twins Max and Emme joined her and Ben Affleck while the two were house hunting in Santa Monica.

Looks like Jennifer Lopez and Ben Affleck are planning to take their relationship to the next level. The duo has been recently spotted house hunting in Santa Monica along with JLo's kids.

A few days ago, the duo was photographed together while house hunting. Ben was in the driver`s seat and Jen was mapping things out on her phone, navigating him through Santa Monica`s busy streets, not too far from where Ben currently stays in the Pacific Palisades.

Recently, Jen`s 13-year-old twins Max and Emme joined her and Ben while the two were house hunting in Santa Monica.

It was earlier reported that Lopez was looking to relocated from Miami to Los Angeles, where the 48-year-old actor currently resides.
Speculations are rife on whether the two plan to move in together soon. A source had earlier told TMZ that while the two have been seen looking for houses together, they do not yet have plans to move in together just yet - and that Affleck is just lending a helping hand, but now things look a little different.

According to reports, among the properties, the two hunted was a Beverly Park mansion listed for USD 63.95 million. The over-31,000 square-foot home sits on a 1.4-acre plot on Billionaire`s Row. Jen and Ben were engaged in 2002 but split in 2004.

They co-starred in the films `Jersey Girl` and `Gigli` together. They postponed their 2003 wedding days before they were set to walk down the aisle, then officially split by January 2004.The `I`m Real` songstress recently ended her engagement with former MLB star Alex Rodriguez.