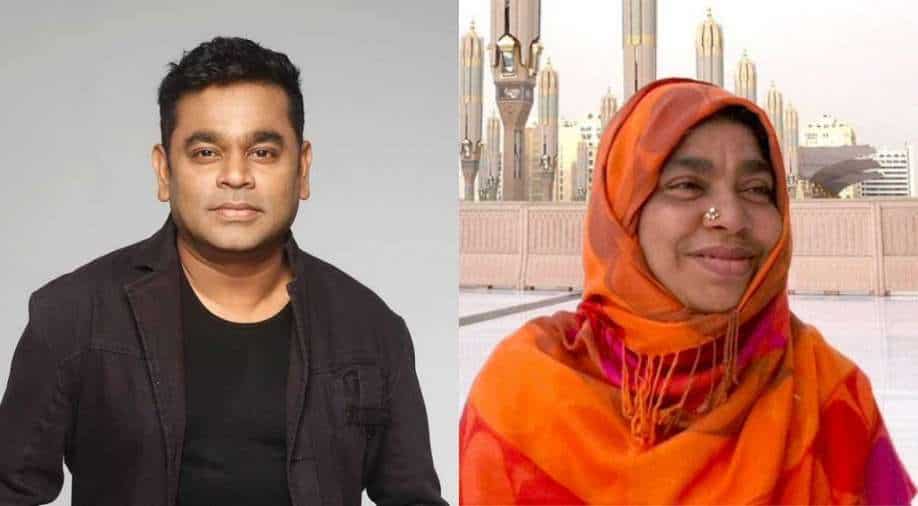 Music composer AR Rahman's mother Kareema Begum is no more. According to reports, the music maestro's mother died of age-related to diseases on December 28.

The Oscar-winning composer shared a photo of his later mother on Twitter on Monday.

In several of his interviews, Rahman has credited his mother for encouraging him to take up music as a profession. The composer was known to be close to his mother and said she had instincts for music.

"Spiritually she is much higher than me in the way she thinks and takes decisions. For instance, her decision of making me take up music. She made me leave school in Class XI and take up music. It was her conviction that music is the line for me,"Rahman had earlier said in an interview.

Born as Kasthuri, Kareema Begum changed her name when AR Rahman converted to Islam. Rahman was born as Dileep Kumar.

Rahman also credited his mother for bringing him up amid hardships as a single mother. The Oscar winning music composer lost his father RK Shekhar at a young age.