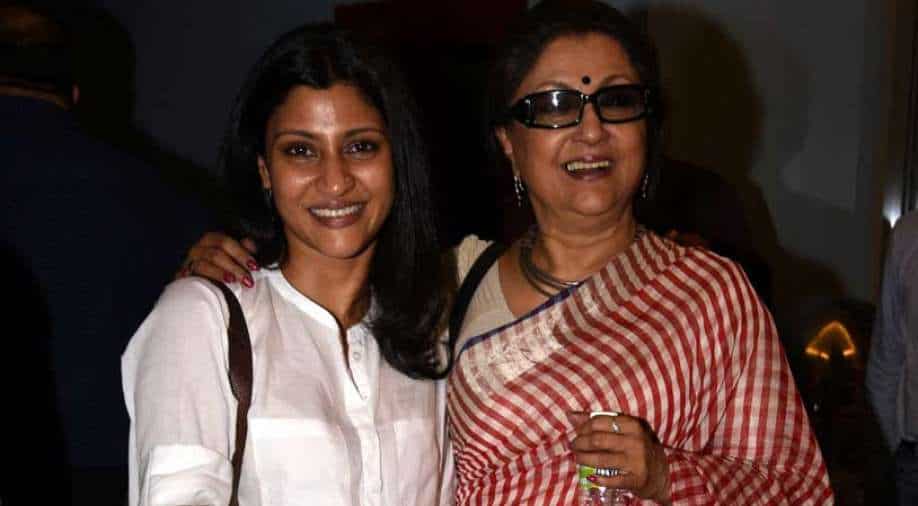 Critically acclaimed filmmaker-actress Aparna Sen is working with her daughter Konkona Sen Sharma once again. The mother-daughter duo is collaborating on a new film called 'The Rapist'.

Critically acclaimed filmmaker-actress Aparna Sen is working with her daughter Konkona Sen Sharma once again. The mother-daughter duo is collaborating on a new film called 'The Rapist'.

Produced by Applause Entertainment and Quest Films, the film will focus on the aftermath and trauma of a violent sexual crime.

The film will be directed by Aparna Sen and will also feature Arjun Rampal and Tanmay Dhanania along with Konkona.

According to reports, the story will revolve around three protagonists and how their lives are interwoven because of one horrific incident.

The film looks beyond the obvious crime, to explore not only how it affects the victims, but also perpetrators of the crime. The story also delves into how one`s idealistic views are drastically altered when the truth hits uncomfortably close to home.

Sen, who has also written the script of the movie, said "What drew me to this is the psychology of the three main protagonists. Stripping off the layers and carefully built up facades to get to the real person underneath is quite a challenge and a fascinating process."

Speaking about the context of the movie, she also explained that the film will reflect two different worlds of India, one that lives in urban slums with age-old beliefs and the other that will reflect educated urbane India with its `progressive` value systems. "I am sure this film will leave the viewers with certain questions - the questions that have been tormenting me for a long while," she added.

The pre-production of `The Rapist` is currently underway while principal photography is set to begin in March.