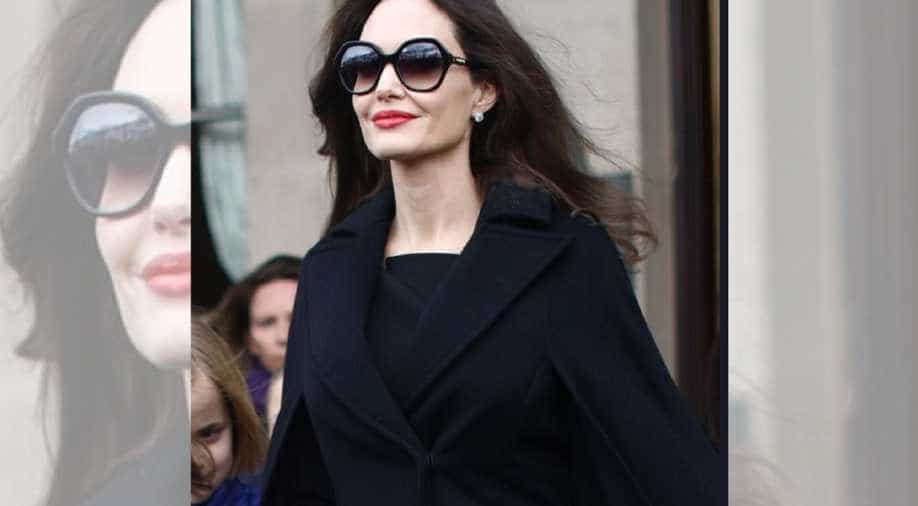 Angelina Jolie was all smiles for the camera. Photograph:( Twitter )

Angelina Jolie opened up about how she has been feeling for past four years since her divorce.

Angelina Jolie who is awaiting the release of her upcoming movie 'Maleficent: Mistress of Evil' gave a sneak peek of her forthcoming film and opened up about how she has been feeling for past four years since her divorce.

In an interview with news agency, the actress spoke about the overarching theme of love in the film and why people go crazy when in love.

"The real truest love pulls out your best self. It's what you value, what you're loyal to and what you're willing to fight for. So I think that truest love does that, and I think for Maleficient - it's the surprise that she didn't realize that she had it in her," she said.

The 44-year-old actress who recently found herself in custody battles with ex-husband Brad Pitt also opened up about how she felt during the period since her divorce and the parallels between herself and the upcoming film character.

Reacting to her character in the upcoming film which people describe as cold and evil, she said, "I think Maleficent is wild, I think there is that thing in all of us that is just not safe and not fine, that wants to just have fun and be our best self".

However, she revealed that she hasn't always felt that way in recent years.

I have felt small. I have felt cornered. And it has taken a lot to find that again, probably more of that today than I was in the last four years," she added.

Ultimately, it's her kids who have helped her rediscover herself. Jolie is a mother to Shiloh, Vivienne Marcheline, Pax Thienn, Maddox Chivan, Zahara Marley, and Knox Leon Jolie-Pitt.

''When your children are little you feel more 'mommy'. When they are teenagers you start to remember yourself as a teenager," she said in an interview with news agency earlier this month.

"You see them going to punk clubs and you wonder why you can't go. I'm in this fun moment where I'm rediscovering myself. " 'Maleficient: Mistress of Evil' is set to release on October 18.