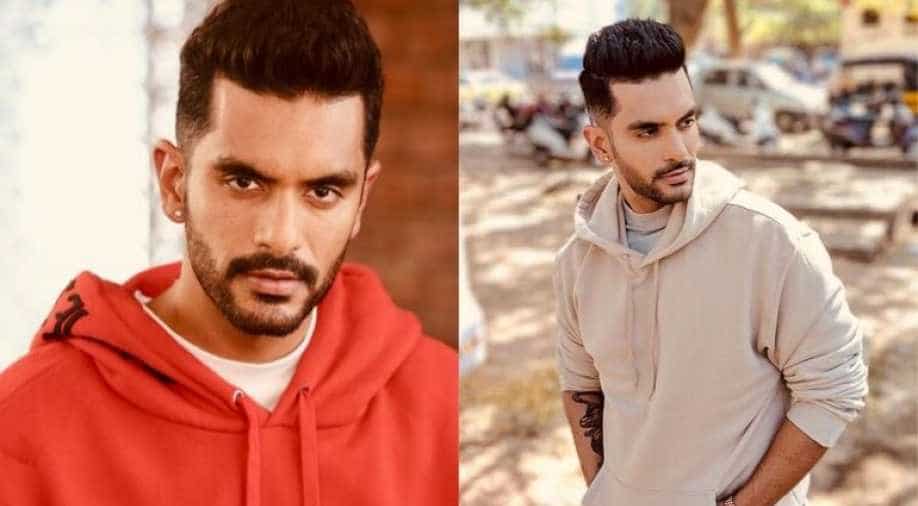 It's being said Angad's persona in the film will be of a stylish cricketer who loves wearing high-end branded clothes. Interestingly, to look his part, Angad sought filmmaker Karan Johar's help.

Angad Bedi is gearing up for the release of his new film 'The Zoya Factor' along with Sonam Kapoor,  Dulquer Salmaan. While Dulquer and Sonam play the lead characters, Angad's character is a pivotal one to the plot.

This would be the second time Angad Bedi will be seen playing a cricketer onscreen. His first portrayal of a cricketer was in a web series 'Inside Edge'.

It's being said Angad's persona in the film will be of a stylish cricketer who loves wearing high-end branded clothes. Interestingly, to look his part, Angad sought filmmaker Karan Johar's help.

Now the film's producers Pooja Shetty and Aarti Shetty and Johar are long-time friends. So when Angad's look was being decided, KJo graciously offered his outfits to the actor that were used in the film to style him.

Karan has huge collection of some of the best brands and he upfront asked Angad's stylist to give his clothes to the actor to look suave and dashing. So in all the scenes where Angad is not in the jersey, he will be seen wearing 'KJo's' clothes which comprise of brands like Gucci, Balenciaga, Tom Ford and others.

Off screen, Angad and Karan share a great bonding and have a lot of common friends including wife Neha. But with 'The Zoya Factor' the two are start a professional relationship as well. In fact, Angad will soon star in Dharma Productions 'Gunjan Saxena - The Kargil Girl' that stars Janhvi Kapoor in the lead.

Angad said, “My character needed several different looks like formals, athleisure, layers, etc. So we put together a range of high-end brands to give the character a look that would best deem fit. Karan was kind enough to allow us to source clothes from his wardrobe. He is a style icon and the character I’m playing, Robin needed aesthetic of the fashion sense Karan has in his personal life. My producers, Aarti, and Pooja Shetty put together looks from his personal wardrobe.”

The actor will soon appear as a lawyer in courtroom drama 'The Verdict' where he will be seen portraying the character one of India's finest criminal lawyers Karl Jamshedji Khandalavala.