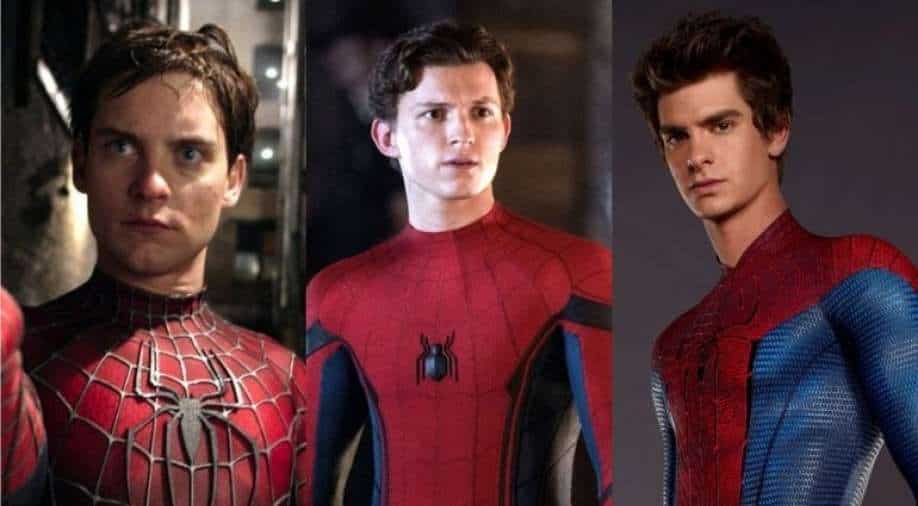 Andrew Garfield said he waited to be a part of the multiverse plotline till Tobey Maquire- who played the first Spider-Man on screen- said a yes.

Andrew Garfield has opened up about what or rather who made him say a 'yes' to his cameo in 'Spider-Man: No Way Home'. Garfield along with Tobey Maquire and Tom Holland sat down for a video interview recently and discussed their recent film where three actors share screen space as the web-slinging superhero.

Garfield said he waited to be a part of the multiverse plotline till Tobey Maquire- who played the first Spider-Man on screen- said a yes.

"I follow Tobey to the ends of the earth. I'm a lemming for Toby," he joked, adding, "But that was sincerely a big part of it when I was approached about it."

Garfield added that once he heard the story that Marvel Studios President Kevin Feige and producer Amy Pascal had planned, he was even more hooked.

"The intention feels very pure here," he recalled thinking during his initial meeting. "It feels like a great creative idea and a great creative story. It wasn't like they were just asking us to come and say 'Hi' and then leave again, but have our presence be in service to Tom's journey and where he is as Peter Parker."

He admitted, "It exceeded my expectations."

The actor had a difficult time keeping mum about his cameo while promoting his film 'Tick Tick.....Boom!' During several interviews, Garfield denied being a part of the latest SPider-Man film.

Garfield didn't exactly have an easy time keeping the plot of No Way Home under wraps, given his concurrent press tour for his critically acclaimed turn as Jonathan Larson in Tick, Tick... Boom!. During several interviews, Garfield denied being part of the latest Spider-Man film.

"I definitely think I had the hardest time," he said on Wednesday, to which both Maguire and Holland agreed. Garfield said he was only able to justify lying "for the sake of that audience reaction."

Once he saw the film himself, Garfield said he was very glad that he'd been able to keep the secret.

"I watched the movie with Tobey for the first time, and I was in pieces. This is a deep movie. This isn't just a fanning service...I was torn open by the journey that Tom went on," he said.

The 'Spider-Man: No Way Home' has become one of the top 10 highest-grossing films of all time, surpassing an estimated $722 million and counting.