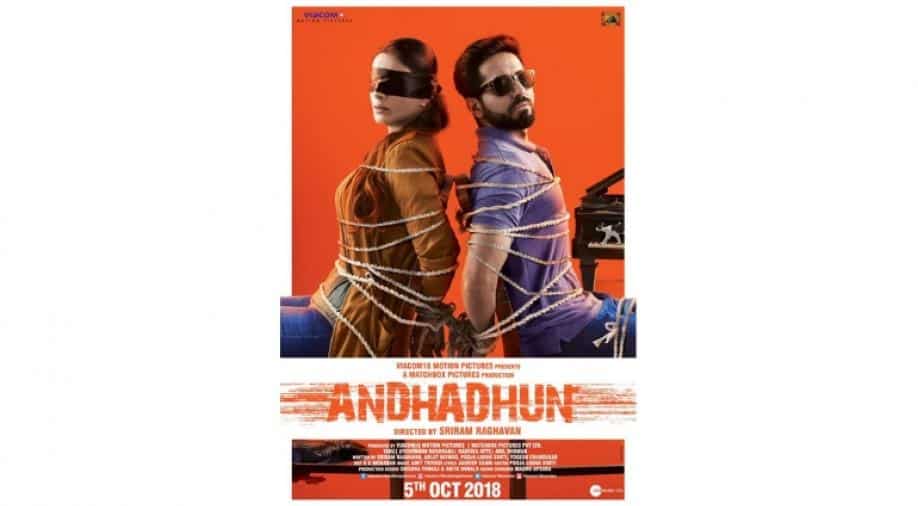 Tabu and Ayushmann Khurrana in a poster of 'AndhaDhun'. Photograph:( Twitter )

Ayushmann Khurrana and Tabu starrer ‘Andhadhun’ expected to start on a high note as the film is said to collect Rs 3 crore on Day 1. The film as it released today is garnering a good response at the domestic box office. The early reviews of the film are already out and from what it looks like, it packs a powerful performance by both lead actors, Tabu and Ayushmann.

According to trade analyst Girish Johar, the comedy thriller is said to have a decent opening on day one. In a tweet, Girish wrote: “Andhadhun is backed by good director and actors. Tabu is an asset to the movie and Ayushmann Khurrana is also on a high point in his career. So, it is expected to have a good start with a collection of Rs 2.75-3 crore on the day of its release.”

He added, “The trailer of Andhadhun has been received well. Also, the early reviews of the film have been good. People are calling it a fantastic watch. So if these early reactions to the movie turn out to be genuine, the film will definitely do good at the ticket counters.”