Ananya Panday to work with Farah Khan in her next directorial 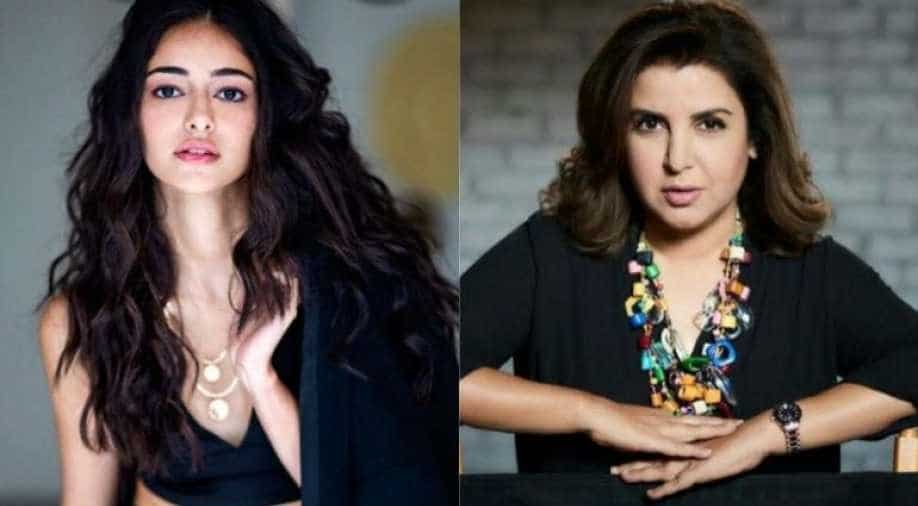 Ananya apart from her venture with Bhumi and Kartik  'Pati, Patni Aur Woh' is filming for 'Khaali Peeli' which commenced earlier in September.

While she is new to the industry, Ananya Panday sure knows how to keep her fans on their toes and she did the same on Sunday! The 21-year old is currently awaiting the release of her upcoming outing 'Pati, Patni Aur Woh' with Bhumi Pednekar and Kartik Aaryan.

Dropped a major hint about her upcoming collaboration, indicating that she is next set to work with filmmaker choreographer Farah Khan! Sharing Farah Khan's post on her Instagram story, the 'Student of the Year 2' debutant wrote, "We love u!! My next director''.

The post featured Ananya with her co-actors posing with Farah. Any details about the project are still under wraps and it is to be seen what are the two working on.

Currently, Ananya apart from her venture with Bhumi and Kartik is filming for 'Khaali Peeli' which commenced earlier in September. The Maqbool Khan directorial has 'Dhadak' star Ishan Khatter opposite Ananya and is bankrolled by Ali Abbas Zadar and Zee Studios.

'Khaali Peeli' is scheduled to hit the theatre on June 12 next year. Ananya, debuted this year in Karan Johar's 'SOTY 2' which also marked the launch of Tara Sutaria. The film was a sequel to the 2012 hit 'Student of the Year', which introduced Alia Bhatt, Varun Dhawan and Sidharth Malhotra to the celluloid world.