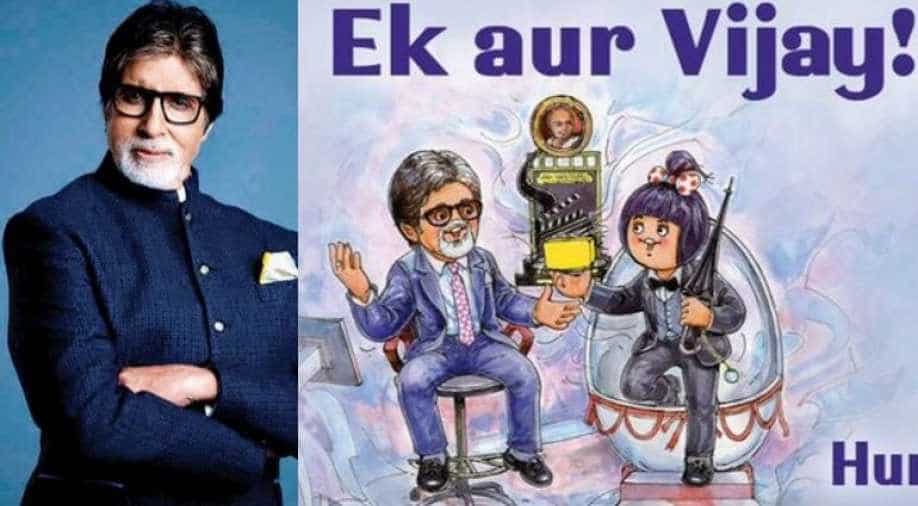 Amul paid a fitting tribute to Big B for his latest honour. Photograph:( Twitter )

The dairy cooperative shared a new topical featuring Big B sitting on the hot seat of his famous show `Kaun Banega Crorepati`.

Amul India paid rich tributes to Bollywood`s Shahenshah Amitabh Bachchan after he was named as the recipient of the prestigious Dadasaheb Phalke Award.

The dairy cooperative shared a new topical featuring Big B sitting on the hot seat of his famous show `Kaun Banega Crorepati`.
The 76-year-old actor`s caricature showcases him a formal dark-blue outfit, with his popular french beard style.

Standing next to him is the famous Amul Girl, who can be seen offering Amul butter to the actor as the token of appreciation. "Ek aur Vijay," read the caption above the illustration.

The announcement was made by the Union Minister Prakash Javadekar.Last seen onscreen in `Badla`, Bachchan is a recipient of four National Film Awards for his roles in `Agneepath`, `Black`, `Paa` and `Piku`.

He made his acting debut in 1969 with `Saat Hindustani.`He was honoured with Padma Vibhushan - the country`s second-highest civilian honour - in 2015.