America Ferrera calls out US Vice President Kamala Harris for her comments on migrants: 'They'd promised compassion and humanity' 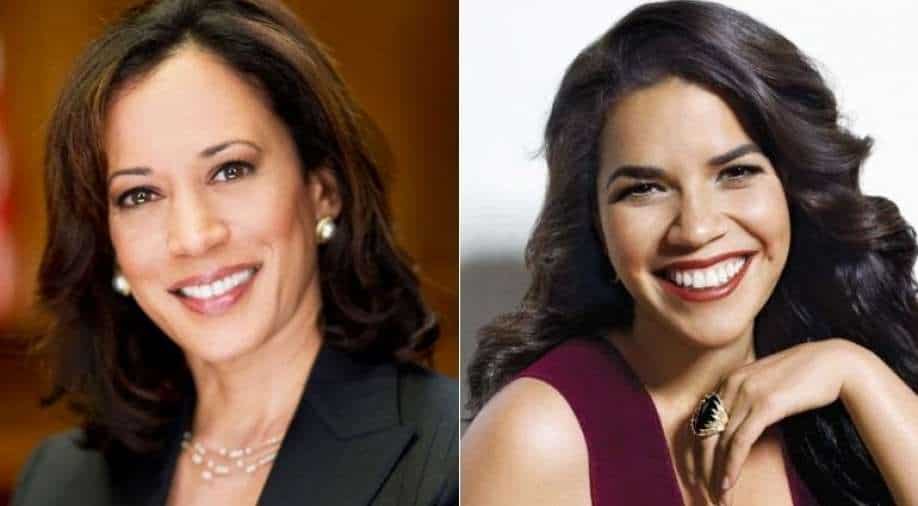 Actress America Ferrera has spoken out against US Vice President Kamal Harris after she discouraged migrants from coming to the US.

Actress America Ferrera has spoken out against US Vice President Kamal Harris after she discouraged migrants from coming to the US.

On her recent visit  to Guatemala, told migrants looking to come to this country that they should not travel to the US Mexico border and claimed that they would be turned back if they did.

"I want to emphasize that the goal of our work is to help Guatemalans find hope at home, at the same time I want to be clear to folks in this region who are thinking about making the dangerous trek to the United States-Mexico border -- do not come, do not come," she said.

Shortly after the Vice President's speech, Ferrera appeared on 'The View' and criticised Harris' speech and also called out lack of Biden's administration's efforts at the US southern border.

"Well, I had so many thoughts, but first and foremost, extreme disappointment and confusion at just how useless and futile and ineffective a strategy that is," Ferrera told host Joy Behar.

"I know that Vice President Harris knows the stories too, but I have spent many years sitting in shelters, detention centers on this side of the border and on the other side of the border with, you know, Honduran families, Mexican families, Guatemalan families — hearing the stories of the violent and life-threatening circumstances they’re fleeing," Ferrara further added. The actress has been an active voice for the Latin migrants in the US and runs a company that "inspires, affirms, and informs Latinas."

Ferrera compared Harris’ comments to telling a drowning person to "stop flailing for their life".

"It’s not only incredibly ineffective, as she knows, it’s cruel," she continued. "That’s such a disappointment because — because Vice President Harris and President Biden promised compassion. They promised humanity. They promised that we were going to bring humanity back into our country’s governance and including in our immigration policy."

The actress said, that Harris' comments to potential U.S. migrants is a "slap in the face" to those like her who campaigned for her and Biden in the 2020 presidential election.

"Quite honestly, as somebody who campaigned for, rallied, and voted for Biden and Harris — it’s a slap in the face for all of the immigrant advocates who believed, you know, what they promised, which was change and compassion," she said. "So they know better and they should do better and I’m not under the impression, never was, that we were electing perfect people."