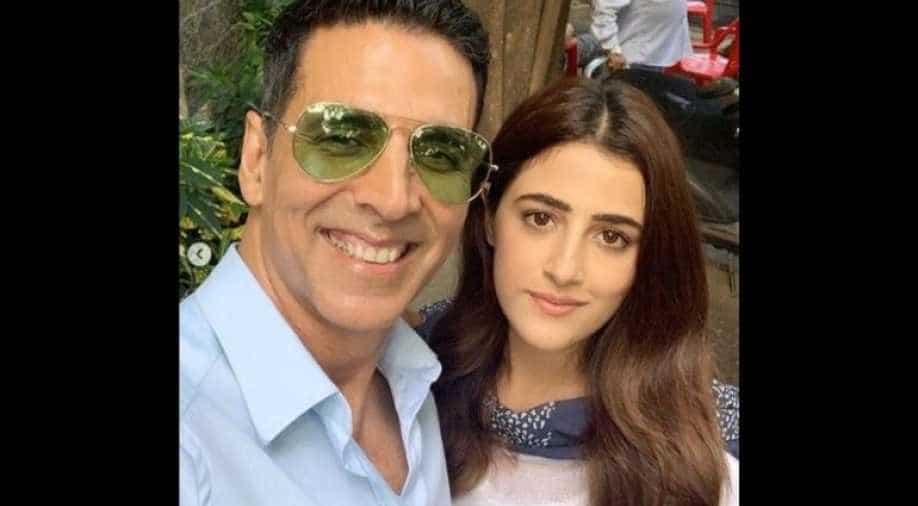 The upcoming song will be a romantic track featuring Khiladi Kumar with Nupur Sanon and  track will be sung by Punjabi musician B Praak.

Bollywood powerhouse Akshay Kumar, who is basking in the success of his last outing 'Mission Mangal', is all set to treat his fans with his first music video 'Filhaal'. The actor on Sunday shot for the video of the song.

Indian film critic and trade analyst Taran Adarsh shared the news on his Twitter handle. Along with the announcement, Taran also shared a number of pictures from the sets.

The track will be sung by Punjabi musician B Praak. Reportedly, the upcoming song will be a romantic track featuring Khiladi Kumar with Nupur.

B Praak had previously collaborated with Akshay for his historical drama 'Kesari', which released earlier this year.

The musician sang the popular track 'Teri Mitti', which received an overwhelming response. The song was a heartfelt tribute to the soldiers of the country, with poignant lyrics that evoked feelings of patriotism.

Later, the musician also collaborated with actors Vicky Kaushal and Nora Fatehi for a single titled 'Pachtaoge', which became a chartbuster.

Apart from the upcoming music video, Akshay has multiple projects in his kitty. After the successful 'Mission Mangal', the actor will appear in 'Good News' alongside Kareena Kapoor Khan, Kiara Advani and Diljit Dosanjh.

He will also be seen in 'Laxmmi Bomb' with Kiara Advani and multi-starrer 'Housefull 4'.