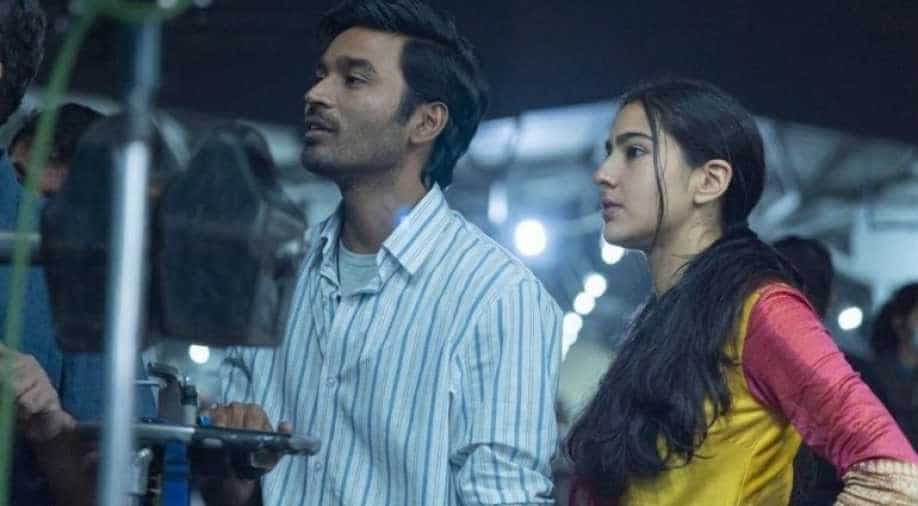 Aanand L. Rai's Atrangi Re is set to have a theatrical release on August 6.

The film stars Akshay Kumar, Sara Ali Khan, Dhanush, and Nimrat Kaur in lead roles. This is the first time Akshay, Sara, and Nimrat are working with Rai, while the filmmaker has worked with Dhanush earlier in the 2013 film Raanjhanaa.

The first look of the film was released a while ago where Sara is seen wearing a yellow salwar kameez and Dhanush is dressed in a striped shirt and both seem to be in the middle of the market. The first schedule of the movie went on floors in March this year in Varanasi before the nationwide lockdown was imposed.

UPDATE... #AkshayKumar, #Dhanush and #SaraAliKhan... #AanandLRai to commence second shooting schedule of #AtrangiRe from Oct 2020 in #Madurai... Music by #ARRahman... Here's a glimpse from the film... pic.twitter.com/Eq2TEFD1Ra

The team resumed shoot in October post lockdown in Madurai, followed by schedules in Delhi and Agra. Shooting started with Dhanush and Sara, while Akshay Kumar joined the unit in Agra.

The movie is been helmed by Rai and produced by Bhushan Kumar's T-series is written by Himanshu Sharma with music by AR Rahman. The lyrics are penned by Irshad Kamil.