After 'Raanjhanaa', Dhanush to again collaborate with Aanand L Rai for a film 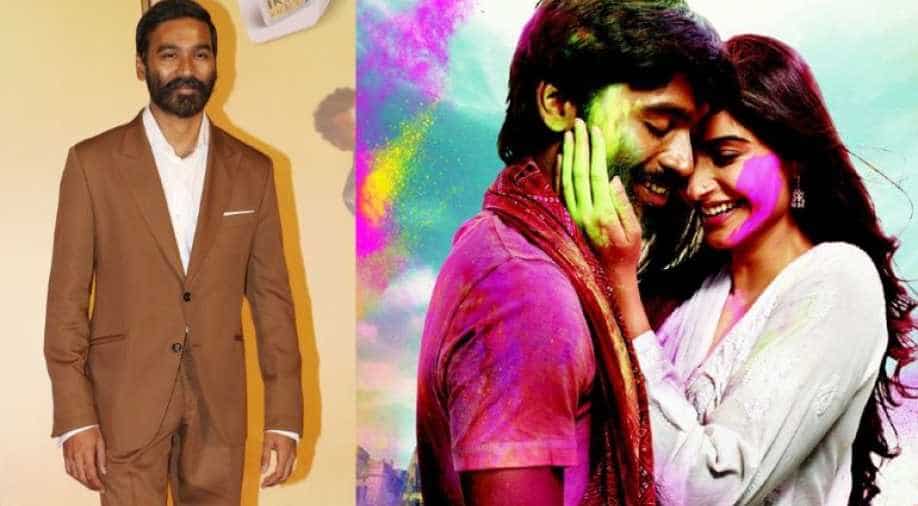 Dhanush at the trailer launch event and a poster of 'Raanjhanaa'. Photograph:( Yogen Shah )

After 'Raanjhanaa', the actor was seen in 'Shamitabh' and the actor said he was "waiting for the right script" for another Bollywood project.

For those who loved 'Raanjhanaa', there is good news. Actor Dhanush is all set to collaboarte with with his 'Raanjhanaa' director Aanand L Rai. Following a successful career in the south, the actor made his Hindi film debut with the 2013 superhit romantic drama, co-starring Sonam Kapoor.

"I'll be teaming up with Aanand L Rai some time. I will be doing a Hindi film, it'll be announced soon," Dhanush told reporters as he launched the trailer of his English film 'The Extraordinary Journey of the Fakir' in Mumbai on Tuesday.

After 'Raanjhanaa', the actor was seen in 'Shamitabh' and the actor said he was "waiting for the right script" for another Bollywood project.

Dhanush said working on the project was a great learning experience for him.

"The experience was fantastic. I should thank Ken and my co-stars. My English isn't that great but they were really patient with me and helped me."

At the event, the actor denied following in the footsteps of his father-in-law South superstar Rajinikanth in politics.Dhanush also rubbished reports that he would be producing Rajinikanth's next, to be directed Karthik Subbaraj.

'The Extraordinary Journey of the Fakir' is slated to be released on 21st June.