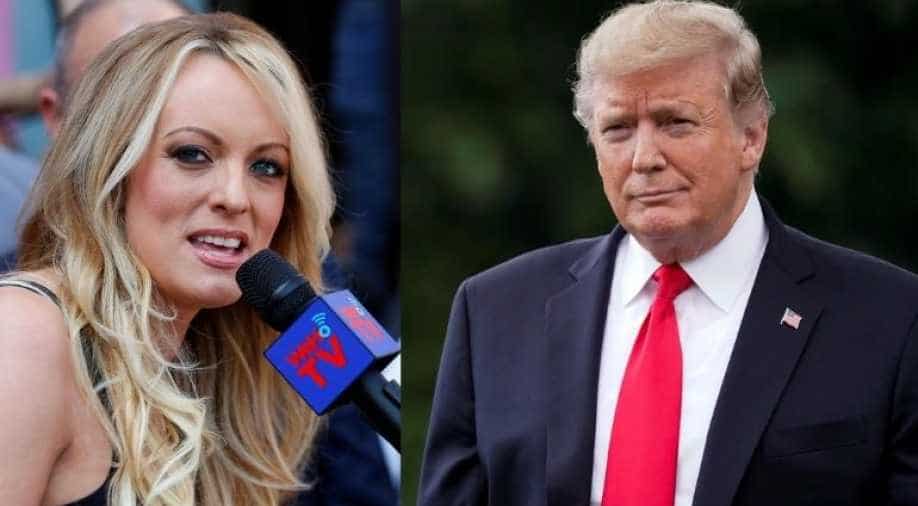 Former US President Donald Trump's attorney Michael Cohen has apologised to adult-film actress Stormy Daniels for the pain he caused her while working with Trump.

The two sat down for a chat for Cohen's podcast 'Mea Culpa' recently and talked about Trump and Daniel's brief relationship before he became the President of the US.

"Both of our stories will be forever linked with Donald Trump, but also with one another," Cohen said to Daniels. "Thanks for giving me a second chance," he said.

Daniels was infamously paid USD 130,000 by Cohen just before the 2016 election to keep mum about her alleged affair with Trump. In later interviews, Daniel stated how she regretted her links with Trump and added that if she could make everything go back to the way it was before, "I would absolutely do that."

Recalling her 2006 sexual encounter with Trump, Daniel described the time as, "the worst 90 seconds of my life, for sure, because it just made me hate myself."

Daniels has sued Trump for defamation after he denied the affair and the hush-money that his team had paid her. "I've already lost everything, so I'm taking it all the way," she told Cohen during the hour-long interview.

Trump and Daniel reportedly had an affair a few months after former First Lady Melania Trump gave birth to Barron.

He pleaded guilty to both counts - as well as lying to Congress and tax evasion - and was sentenced to three years in federal prison.