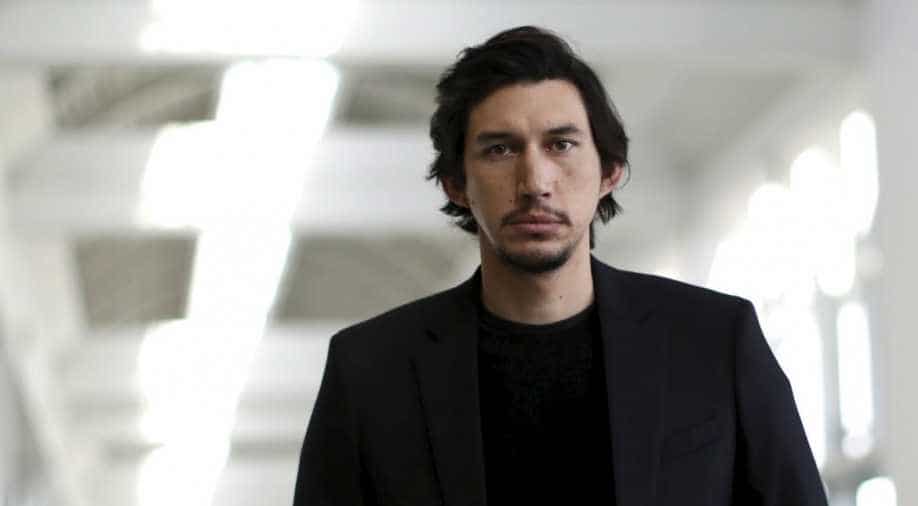 The movie received rave reviews last week at its world premiere in Venice -- the same week that director Martin Scorsese chose to praise Driver, 35, as "one of the best, if not the best, actors of his generation."

'Marriage Story,' the new critically adored divorce drama starring Adam Driver and Scarlett Johansson, is a cautionary tale of the sudden violence with which a relationship can be ripped apart, the actor told AFP Sunday.

The movie received rave reviews last week at its world premiere in Venice -- the same week that director Martin Scorsese chose to praise Driver, 35, as "one of the best, if not the best, actors of his generation."

Driver -- best known to wider audiences as the villainous Kylo Ren in 'Star Wars' -- has been widely tipped for Oscar glory for his portrayal of a narcissistic New York theatre director in his latest film.

Speaking exclusively to AFP on the red carpet at Toronto's film festival, Driver said the movie explores how a seemingly stable love can "transition," as his character's wife moves to Los Angeles to pursue the acting career she has long put on hold, taking their child with her.

"If you know someone where you're in the room together and it's second nature, and suddenly that's not there anymore, it can be a violent thing -- internally I mean, not physically violent," said Driver.

"Where you lose love and you don't know how to articulate it."

The former US Marine-turned-TV star ('Girls') has enjoyed a phenomenal rise in recent years, working with directors such as Steven Spielberg ('Lincoln'), the Coen brothers ('Inside Llewyn Davis') and Scorsese ('Silence').

Driver -- whose own parents split when he was a child -- said everyone in the cast of Marriage Story had their own relationship with divorce to draw on, "whether you've been divorced or you're a child of divorce."

'Marriage Story' is his fourth collaboration with arthouse favourite Noah Baumbach, who wrote and directed the movie.

Baumbach came to prominence with 2005's "The Squid and the Whale," the semi-autobiographical tale of two boys dealing with their parents' separation.

He proposed Marriage Story to Johansson during her own divorce from French businessman Romain Dauriac.

"We all take stuff that's personal to us," Baumbach told AFP, adding: "You see the actors doing that -- they're clearly revealing very personal emotional material."

The movie has been praised by Variety as an "exquisite combination of love and heartbreak," and by the Guardian as an "agonized, jagged remake of 'Kramer vs Kramer'."

It will be available on Netflix from December 6, after a month-long US theatrical run that ensures it will be eligible for Academy Award nominations.