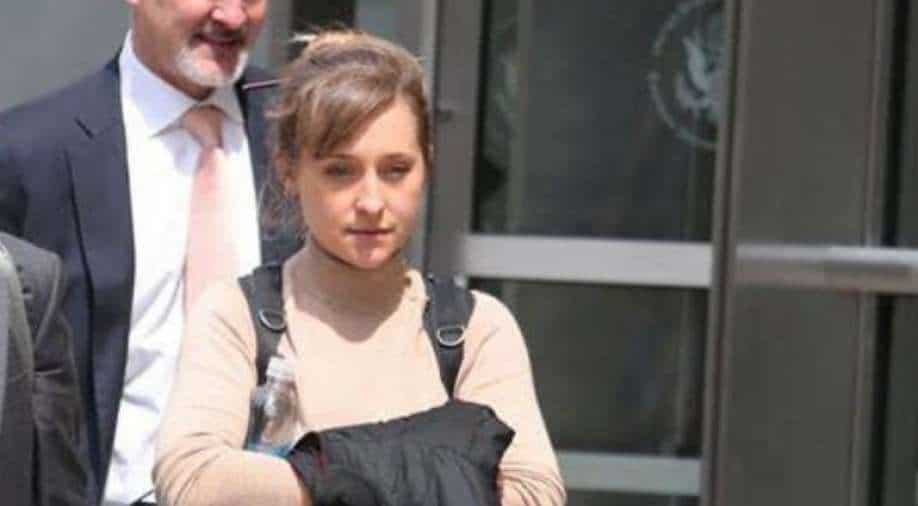 'Smallville', a television series that ran from 2001 to 2011, featured a young Clark Kent before he became famous as Superman. Mack played Chloe Sullivan, his close friend.

'Smallville' TV show actress Allison Mack was sentenced to three years in prison on Wednesday for her role in NXIVM, a New York-based cult in which women were branded with its leader`s initials and ordered to have sex with him.

Mack, 38, was sentenced by US District Judge Nicholas Garaufis in Brooklyn, after pleading guilty in 2019 to racketeering and conspiracy. She is expected to begin serving her sentence on September 29.

Before being sentenced, Mack tearfully apologized to her victims and her family, saying her actions while in the group were "abusive, abhorrent and illegal." She said she had completely renounced NXIVM leader Keith Raniere, who was sentenced to 120 years in prison last year for sex trafficking and other crimes.

"Coming out from under this delusion has been the most difficult experience of my life," Mack said. Former NXIVM members testified at Raniere`s trial that he established a secret sorority within the organization in which "slaves" pledged total obedience to "masters," with Raniere at the top as "grand master." Women were kept on starvation diets, branded with Raniere`s initials and in some cases coerced into sex with him.

Leaders of the group were said to use nude photos and other compromising materials to keep lower-ranking members in line. Mack, who was both a "slave" of Raniere and "master" of other women, admitted in her guilty plea that she coerced two women into doing unpaid work by threatening to release damaging information about them.

One victim, Jessica Joan, spoke at Wednesday`s sentencing, saying Mack emotionally manipulated her and eventually ordered her to "seduce" Raniere, with the promise that doing so would resolve her trauma from previous sexual abuse. Joan said she did not obey that order.
Joan called Mack "a predator and an evil human being" and said she was "cut from the same cloth" as Raniere.

Garaufis said that Mack had been an "essential accomplice" in Raniere`s "monstrous crimes," rejecting her lawyers` plea for a sentence of home confinement or probation.

However, the judge agreed with prosecutors that she deserved credit for cooperating against Raniere, warranting a sentence much lower than the 14 years called for by federal guidelines. He also said he believed her remorse was sincere. 'Smallville', a television series that ran from 2001 to 2011, featured a young Clark Kent before he became famous as Superman. Mack played Chloe Sullivan, his close friend.