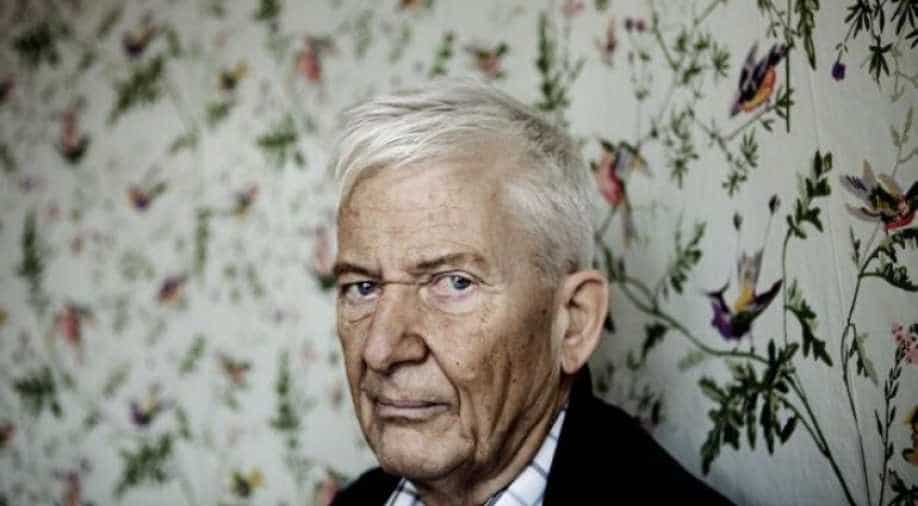 The patriarch of 20th century Scandinavian literature, Enquist is known for powerful stories that weave his own melancholic life into the dark side of history.

Per Olov Enquist, one of Sweden's most acclaimed authors who wrote "The Visit of the Royal Physician," has died aged 85, his family told Swedish media on Sunday.

The patriarch of 20th century Scandinavian literature, Enquist is known for powerful stories that weave his own melancholic life into the dark side of history.

In his more than 20 novels, plays and essays, he drew heavily on his own experience as an oppressed child in a strictly religious home, as an athlete, a journalist and a destructive alcoholic, his leftwing convictions filling his writings.

He won the 2001 August Prize, Swedish literature's top honour, for "The Visit of the Royal Physician", which earned him broad international acclaim and tells the story of a romance between the physician of the mad Danish King Christian VII and the queen.

Enquist, known in Sweden by his initials P.O., won a second August award for his autobiography "A Different Life" (2008), its name an homage to "A Life" by August Strindberg, the father of modern Swedish literature.

"P.O. Enquist's importance for Swedish cultural life since the 1960s can't be exaggerated. He was the model for the socially-engaged poet who influenced generations of younger writers. It feels empty and unthinkable that he is gone," wrote Bjorn Wiman, culture editor of the Dagens Nyheter newspaper, on Sunday.

His publisher Norstedts also posted a memoriam on its website: "Few have, like him, inspired other writers, renewed the documentary novel, revitalised Swedish drama and touched readers for more than half a century."

The process of writing "A Different Life", he said, allowed him to work through and leave behind painful memories of sleeping in a bed meant for his still-born brother, of the void left by a father who died when he was not yet a year old, and of a strict mother who pushed him to invent sins to confess.

Known for his Gregory Peck-like frown and silver crown in his later years, Enquist broke free from his family, competing in high jump in high school before attending Uppsala University, where he discovered journalism and writing.

He just missed qualifying for the Rome Olympics in the high jump in 1960. But as a journalist he covered the 1972 Munich Olympics when Palestinian militants took hostage and then killed members of the Israeli team.

Enquist's transition to adulthood was scarred by depression, self-doubt and existential questions. He was 18 years old when Swedish author Stig Dagerman, whom Enquist admired, published "Our Need for Consolation is Insatiable" (1952). Enquist was 20 when Dagerman committed suicide.

"I think I wanted to be a writer all my life and I didn't give up," he told AFP in a 2011 interview, even though "it wasn't so easy to survive" much of the time.

An entire wall of his large Stockholm apartment at the time was taken up with a bookshelf containing his poetry, plays, novels and fairytales, in the original Swedish as well as English, French, German, Russian and other translations.
"It's my egocentric bookshelf," he said with a laugh.

"Every time I feel depressed that I'm not doing anything, I look at this bookshelf and say to myself 'well, that is seven metres (yards) and I have done a little bit, so I can die'."

Swedish literary critic Per Svensson said Enquist "finds executioners, victims and traitors wherever they are in the world, in history and literature, to bring them back to his village.

"And the result is magnificent," Svensson said.

Enquist battled alcoholism for several years. After two failed attempts to kick the habit, and after not writing anything for 13 years, he succeeded on the third try after convincing his caregivers to let him use his computer and discovering to his delight that "I was still a writer".

"The most terrible thing about being a writer is not to write but to not write."