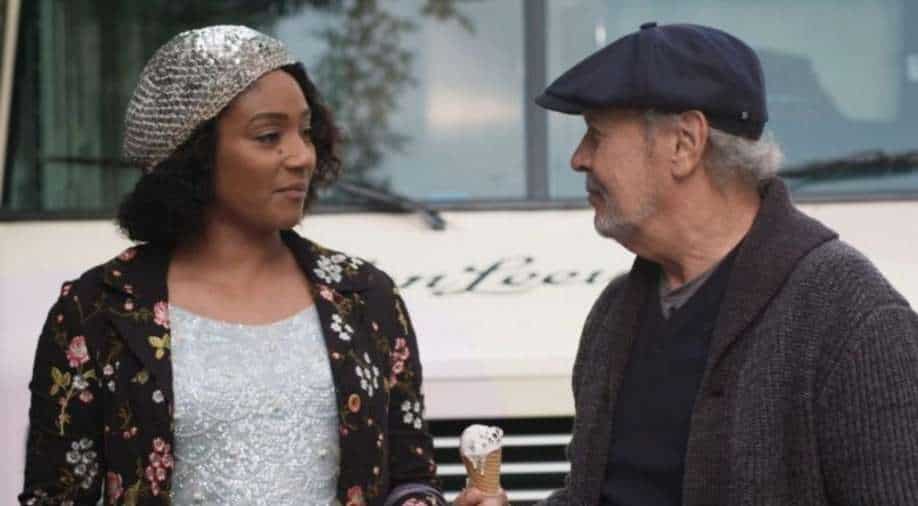 Tiffany Haddish portrays performer Emma who wins lunch with the veteran writer Charlie Burnz, despite not knowing who he is.

Billy Crystal returns to the director`s chair after 20 years for 'Here Today', in which he also plays a well-known comedy writer who unexpectedly becomes friends with a street jazz singer.

Tiffany Haddish portrays performer Emma who wins lunch with the veteran writer Charlie Burnz, despite not knowing who he is. Despite some initial setbacks, a friendship develops and she soon takes on an important role as Burnz deals with the onset of dementia.

In a joint interview with Reuters, Crystal and Haddish spoke about the comedy-drama, released in the United States on Friday.
Below are excerpts edited for length and clarity.

Q: You have said you only choose projects that make you feel things, what did this script make you feel?
Haddish: "First of all Billy was telling me about it and I was like, `I’m in, it`s you, you ain`t got to sell me on this`. And then I read it and I was all the way in because my grandmother is going through that now."

Q: How did you find the safe line in making a film about dementia funny?
Crystal: "Having dealt with a relative who was stricken with the same kind of onset that Charlie has in a movie, I just wanted to be respectful of that and respectful about those who come in contact with him. It`s a delicate line and I think to find humour in it and make it entertaining as well as emotional was the journey."

Q: What was it like to direct again after 20 years?
Crystal: "You come to the set as a director, you have to answer every question that everybody has. So I was super prepared and super ready for anything and relished the chance to tell a story."

Q: In one scene Emma`s ex-boyfriend meets Charlie after a performance. Did Billy allow you to improvise lots?
Haddish: "To be outside in the Meatpacking District (in New York City) and singing in front of a bunch of people and not being like goofy and silly about it was so exhilarating and fun and a little bit, I don`t want to say nervous, I was excited.

And just like `oh, don`t mess it up, but if you mess up, just have fun with it anyway`. And Billy let me loose and that was so great."