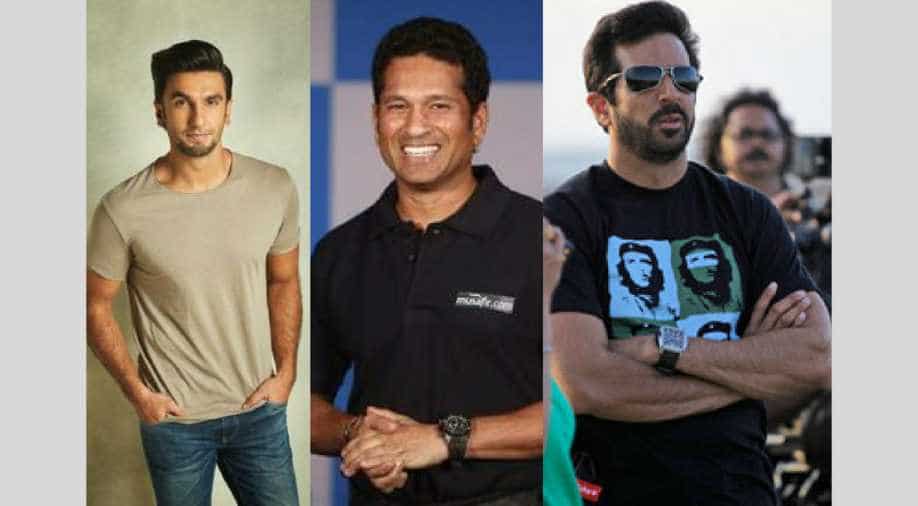 Ranveer Singh is a busy man these days ever since he established his position with Padmaavat as one of the bankable actors. Ready to give his fans another bright story, one that makes us nostalgic and proud, Ranveer is now starting work on his film on Kapil Dev.

Snapped at the Lord’s cricket ground in England, Ranveer was pictured with director Kabir Khan and master blaster Sachin Tendulkar. The three of them are in London to watch the Test Match between India and England.

Ranveer is currently studying for his film titled 83 that will bring to Indians, one of their biggest moment of pride on the screen -- India's iconic Cricket World Cup win in the year 1983 in which Kapil Dev who was the captain of the team played an instrumental role.

Sachin was 9 years old when he saw on television Kapil’s Devils win the World Cup in 1983 right here at this ground. That win inspired him to want to play for India. 35 years later we kick off the prep for our film 83 at the Lords... Can’t get better than this can it? @ranveersingh @sachintendulkar #indiaenglandseries #lords #filmprep

Ranveer will portray the role of Kapil Dev in the sports drama. The film will have a powerful cast, the process for which has started already.

#Repost @sachintendulkar ・・・ ‪The upside ... I got to bump into this dynamic duo. Always a pleasure catching up with @ranveersingh and @kabirkhankk. #Lords #ENGvIND

According to Kabir, Ranveer will be trained by former Indian cricketer and members of the 1983 World Cup winning squad.

Kabir Khan has meanwhile completed the scripting of the film. The shooting of the film will be done at real locations and will start rolling in the next year.