50 years on, 'Trial of Chicago 7' feels all about today 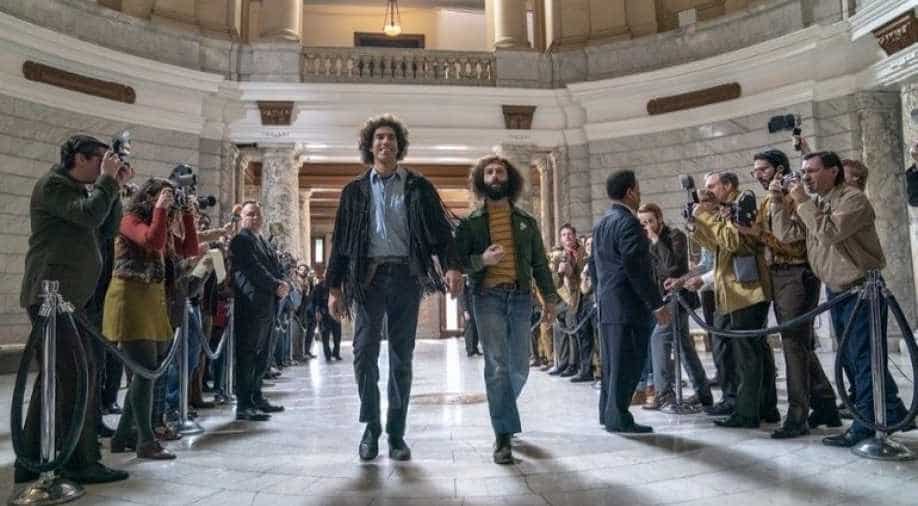 'The Trial of the Chicago 7', written and directed by Aaron Sorkin, dramatizes Vietnam War protests at the 1968 Democratic National Convention in Chicago that led to violent clashes with police, and the subsequent trial of the protest leaders.

It may be set in the late 1960s but 'The Trial of the Chicago 7', with its themes of protest, civil rights and police brutality, has much to say about America today. Already creating Oscar buzz, the movie lands in a nation polarized by the upcoming November elections and riven by months of street protests over systemic racism.

'The Trial of the Chicago 7', written and directed by Aaron Sorkin, dramatizes Vietnam War protests at the 1968 Democratic National Convention in Chicago that led to violent clashes with police, and the subsequent trial of the protest leaders.

''The movie has always been about today even though it’s set in 1968, 1969," said Jeremy Strong, one of a cast that includes Eddie Redmayne, Sacha Baron Cohen, Michael Keaton, Frank Langella and Mark Rylance.

"I think the movie is a celebration of protest. I think it’s an exhortation to go out into the streets and to fight for the values that we need to fight for that are endangered," added Strong, who plays protest leader Jerry Rubin.

The organizers of the protest were charged with conspiracy to incite a riot and their raucous trial began in 1969. Their convictions were reversed on appeal. The movie melds the drama of the trial, behind the scenes politics, and ideological debates among the protagonists.

Sorkin, known for White House TV series "The West Wing," first started writing the screenplay in 2007, but filming did not begin until late 2019. Rylance suggested the timing was uncanny, finally coming to fruition at the height of Black Lives Matter protests.

"I imagine their hands were shaking when they were editing it," he said. The movie, out now in limited movie theaters and on Netflix on Oct. 16, has won warm reviews. The Hollywood Reporter said it has "major Oscar awards potential," while Variety called it a 'knockout'.

The New York Times was less effusive, but said its timeliness made it "not a movie that can be easily shaken off."