'1917' overthrows 'Star Wars: The Rise Of Skywalkers' at the American box office 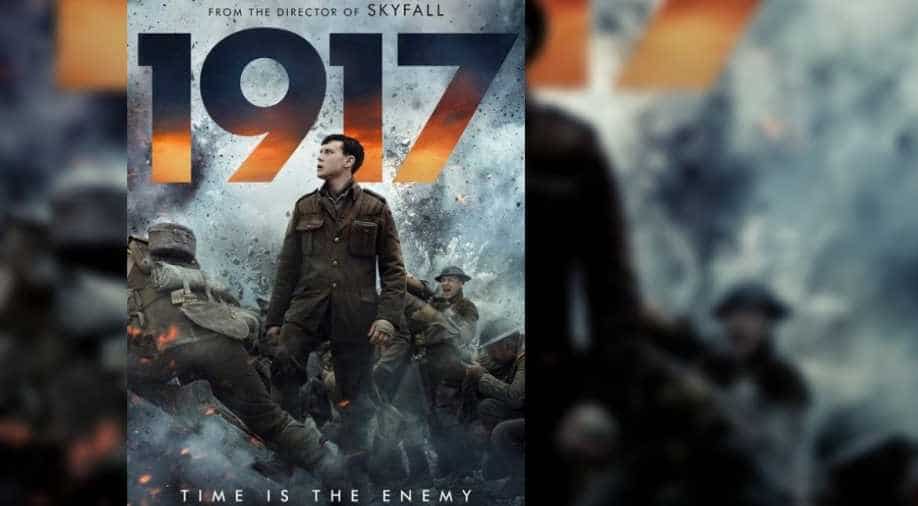 '1917,' filmed as if in one long, continuous shot -- one critic called it a "protean display of virtuoso filmmaking" -- flourished despite a lack of A-list stars.

Trade pundits feel the box office numbers were unexpected but timely as the film is likely to nominated in multiple categories at the Oscars. The nominations will be announced on Monday morning and the Sam Mendes directorial is likely to be a frontrunner at the at Oscars next month.

'1917,' filmed as if in one long, continuous shot -- one critic called it a "protean display of virtuoso filmmaking" -- flourished despite a lack of A-list stars. The central characters, two British lance corporals on a desperate mission, are played by George MacKay and Dean-Charles Chapman; Colin Firth and Benedict Cumberbatch have minor roles.

Disney's 'Star Wars: The Rise of Skywalker,' fell to second place after a month in first with a take of $15.1 million. The finale of the nine-film 'Skywalker Saga' has now taken in a global total just shy of $1 billion.

In third, down one spot from last weekend, was Sony's action sequel 'Jumanji: The Next Level,' which earned $14 million for third place in the Friday-through-Sunday period. It stars Dwayne 'The Rock' Johnson and Kevin Hart.

Tied for fourth place were Paramount's new release 'Like a Boss' and Warner Bros. drama 'Just Mercy,' each with $10 million.
'Like a Boss' stars Tiffany Haddish, Rose Byrne and Salma Hayek in the story of two friends whose small beauty company is targeted by an industry titan.

'Just Mercy,' with Michael B. Jordan, Jamie Foxx and Brie Larson, is based on the true story of a black man on death row in Alabama who appeals his wrongful conviction for the murder of a white woman.