5 people who made an airport their temporary home! 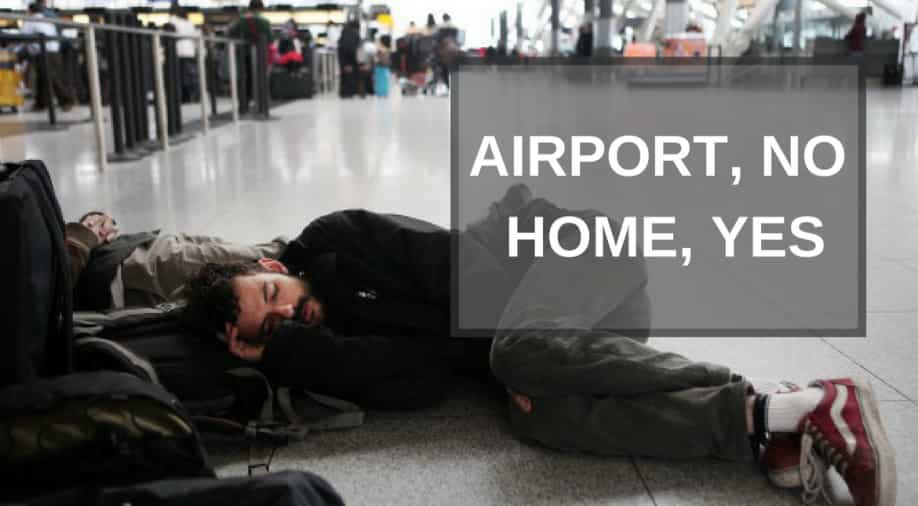 These people stayed in an airport Photograph: Getty

Zahra Kamalfar, an Iranian refugee, had to live at an airport for more than 300 days. She fled Iran with her children after her husband was killed in custody. Zahra and her children were hoping to flee from Iran via a route of Turkey-Russia-Germany, before finally settling in Canada. Unfortunately, when she reached Germany, the authorities sent her back to Russia, where she ended up living at Sheremetyevo International Airport for ten months. She was finally allowed to move on to Canada, which is where she has been residing since 2007.

Edward Snowden, a former US National Security Agency contractor, copied and leaked classified information from the NSA in 2013. Soon after he fled from the US, surfacing in Hong Kong, from where he travelled to Moscow a day after the US authorities revoked his passport. Stranded at the airport in Moscow, Snowden stayed there for 39 days. Russian authorities eventually granted him asylum for one year, which later extended to three years. He is currently living in an undisclosed location in Russia while seeking asylum elsewhere.

Having a nap at the room where Edward Snowden stayed for 40 days at Sheremtyevo airport in Moscow pic.twitter.com/kcKBVyh7lv

Feng Zhenghu, a Chinese economist and scholar, was refused entry into his country eight times. In early 2009, Feng left China for medical treatment in Japan, but was refused re-entry into his own country. According to him, he was prevented from boarding a China-bound flight four times and once when he succeeded, he was turned away by authorities at Shanghai. Waiting at the immigration checkpoint of Terminal 1 of Narita Airport in Japan, he survived on snacks given to him by travellers and activists. He remained at the airport for 92 days.

Sanjay Shah is a former Kenyan national. In 2004, he gave up his Kenyan passport and flew to the United Kingdom on a British Overseas citizen passport. The passport permitted temporary entry but not residence. When the authorities were notified, he was sent back to his home country where he staged a 13-month-long protest. He protested, living in the international area of Nairobi airport between the departure lounges and the immigration desks. In the interim, he bathed in public lavatories and ate whatever was given to him by workers and travellers. In 2005, Sanjay was given full British citizenship, followed later by a British passport and a flight to the UK.

Remember #TomHanks from #TheTerminal. Meet #SanjayShah, The man who lived in departure lounges of the Nairobi airport for 13 months pic.twitter.com/npOGTcaOvD

Mehran Karimi Nasseri, an Iranian refugee, lived in the departure lounge of Terminal One at Charles de Gaulle Airport from 1988 till July 2006. According to Nasseri, he was expelled from Iran in 1977 for protesting against the ruling Shah. He then decided to settle in the UK, but his plans went awry when he lost his papers while travelling. He boarded a plane for London but was sent back to France when he couldn't present a passport. Arrested by the French authorities, he couldn't enter the country without papers nor could be sent back as he had entered legally. In 2006, he finally left the airport after being hospitalised. Currently, he is stateless and lives in a Paris shelter.

Hollywood movie buffs swear by Tom Hanks' character in the movie The Terminal where he plays an immigrant who gets stuck at JFK airport and takes up temporary residence there. Although this was purely a work of fiction, there are real people who have lived at an airport for a period much more than just a week.

Here is a list of 5 people who at different points of time in their lives made an airport their home: