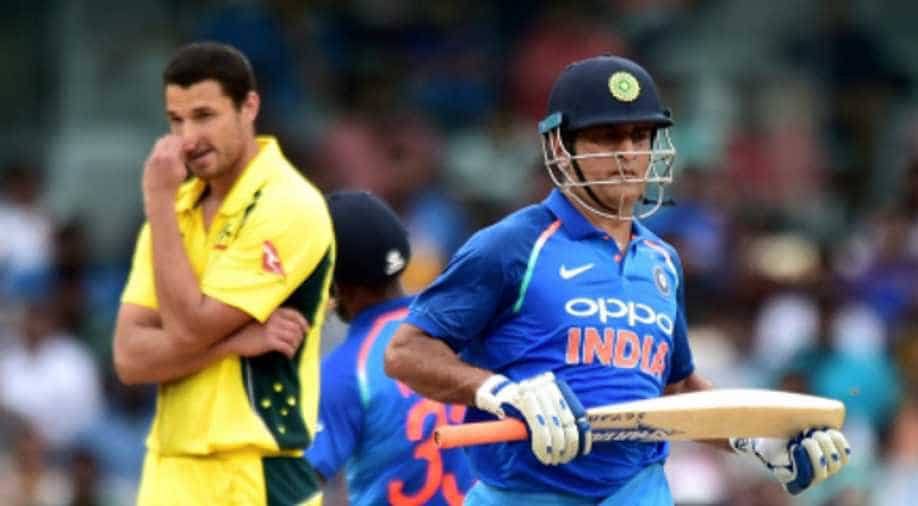 India's MS Dhoni during the first ODI cricket match at the MA Chidhambaram stadium in Chennai on September 18. Photograph:( PTI )

Former Team India captain Mahendra Singh Dhoni Sunday reached the landmark of 50 centuries in international cricket across all three formats of the game after he scored 79 runs against Australia in the first ODI in Chennai.

The 36-year-old is now the 13th cricketer in the history of international cricket to achieve the feat and among Indians, the fourth after Sachin Tendulkar (164), Rahul Dravid (146) and Sourav Ganguly (107).

Dhoni was playing his 66th ODI half-century in his 302nd ODI. He has scored 33 half centuries in 90 Tests and one in the 78 T20 International matches that he has played.

IPL 2020, DC vs SRH: Preview, stats and players to watch out for