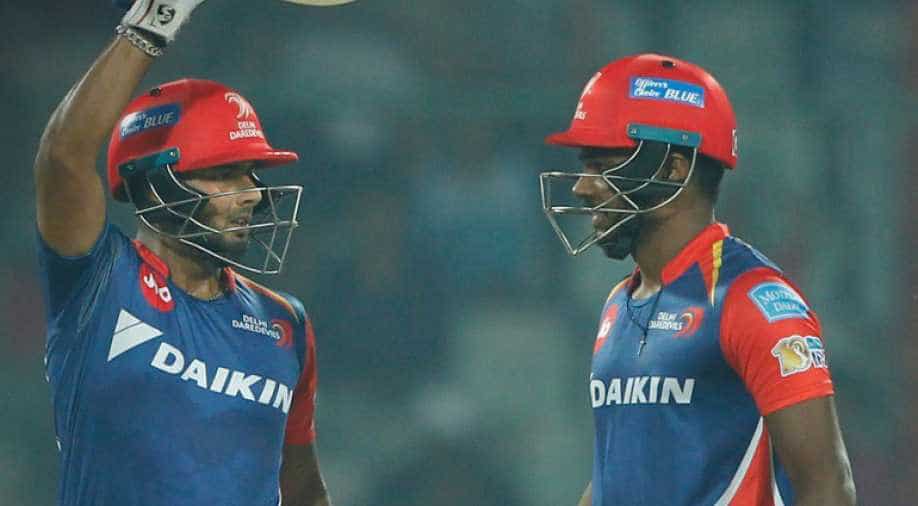 The 19-year-old butchered the Lions' bowling attack with some power hitting, producing a sensational 43-ball 97 runs ||He forged a 143-run partnership off 63 balls for the second wicket with Sanju Samson (61 off 31 balls) ||

The 19-year-old Pant butchered the Lions bowling attack with some power hitting, blasting six fours and nine sixes in his match-winning innings.

The wicket-keeper batsman from Uttarakhand forged a 143-run partnership off 63 balls for the second wicket with Sanju Samson (61 off 31 balls) to take Daredevils on the threshold of victory.

After they departed, Shreyas Iyer (14) and Corey Anderson (18) took Delhi home with 15 balls to spare to ignite hopes of grabbing a berth at the IPL play-off.

Skipper Raina led from the front with a 43-ball 77, studded withn five boundaries and four sixes, while Karthik blasted 5 fours and 5 sixes in his 34-ball 65-run innings after invited to bat.

Raina and Karthik shared a 133-run stand for the third wicket in 72 balls to resurrect their team after being reduced to 10-2 in 1.2 overs early on.

Delhi are now placed at the sixth place in points table with eight points, while Gujarat are out of reckoning after suffering another defeat. They are now at the seventh spot with six points with three more matches to go in their IPL campaign.

NZ vs IND: When and where to watch New Zealand vs India 1st T20I match - IST time and streaming details

'No harm in...' - Former head coach Ravi Shastri wants India to have a separate T20I skipper