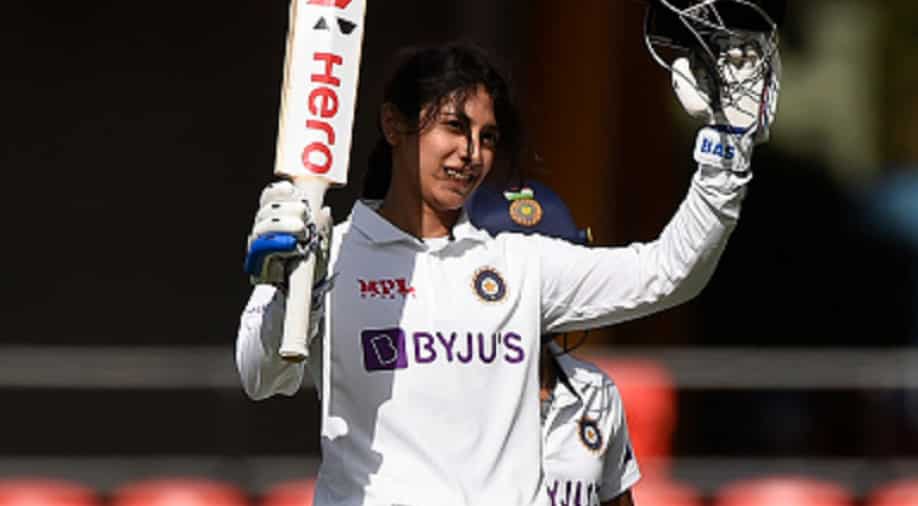 Indian women's team star Smriti Mandhana created history as she became the first Indian woman to notch up a century in a pink-ball Test match.

Indian opener Smriti Mandhana continued her dominance over Australia on Friday as she notched her maiden Test century on the second day of the pink-ball Test.

Smriti continued taking the attack to the opposition on the opening session of Day 2 as she reached the triple-figure mark in the 52nd over of the innings after smashing two fours off Ellyse Perry. The Indian opener was clinical throughout as she punished anything too full or too short with a host of impressive drives and pulls.

Smriti also became just the fourth women`s player and the first Indian woman to bag a century in both ODIs and Test. Earlier, the first day ended with India on 132-1 and Mandhana and Punam Raut unbeaten on 80 and 16 respectively. The only wicket that fell was of Shafali Verma in the opening session.

The rain had forced an early call for tea before the day was eventually called off. The remaining days of the ongoing pink-ball Test will begin 30 minutes earlier.