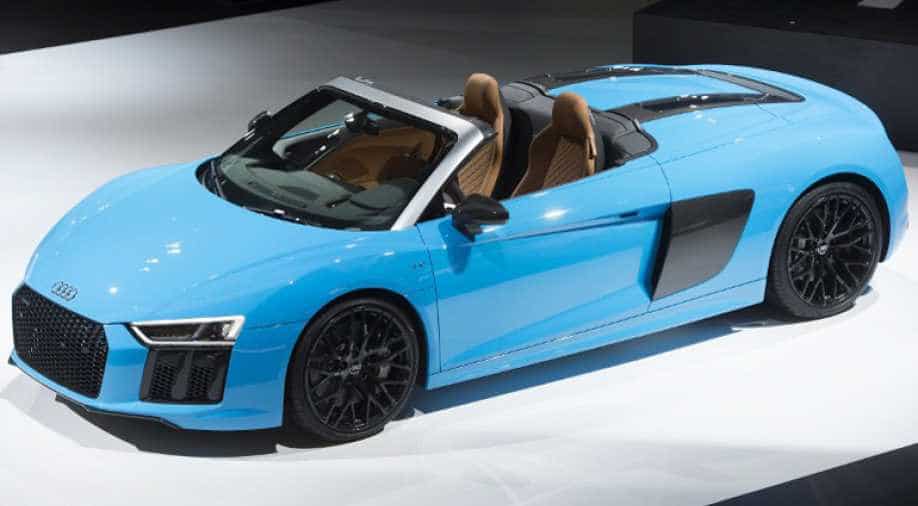 With rising profits and record sales, the US auto market is a tempting target for many foreign car makers, but new entrants face many challenges to finding lasting success.

But this has not prevented Chinese, Indian, Italian and French companies from rolling out plans to appeal to American consumers, including at the annual Detroit Auto Show now underway, which will open to the public on January 14.

Since South Korean brand Kia entered the US in the mid-1990s, no foreign car manufacturer has succeeded in permanently establishing itself in the North American market, said Stephanie Brinley, industry analyst at IHS Markit. Others have thrown in the towel, such as Suzuki, or seen their sales collapse, such as Mitsubishi.
One of the latest to try, Fiat, took advantage of its acquisition of Chrysler to market to the American consumer its compact 500-series cars, which are designed for crowded city living. But, as with Daimler's Smart cars, Fiat has had limited success.
Even Volkswagen, whose Beetles and mini-buses hold iconic status in the US, began to experience sales troubles well before the diesel emissions scandal which caused its 2016 sales to slide 7.6 per cent.
"The difficulty of the US market is that it is largely a mature market," said Brinley told AFP.
"Breaking in is a difficult proposition. It takes time and money, and patience. And even if a brand can get back, it takes a long-term commitment to see it through."

Even so, many global manufacturers want to try, enticed by the red hot US auto market. American consumers bought a record 17.5 million units in 2016, and sales are expected to remain near peak levels in 2017.
This is in contrast to many other markets, that have not lived up to their potential. China's enormous growth rates are cooling off; sales in Russia and Brazil are in a downward spiral; while sales in India are disappointing.
The United States has experienced "five wonderful years" during which manufacturers have succeeded in "increasing both sales volumes and margins," said Guillaume Crunelle, automotive sector leader with Deloitte France.
Among those global automakers is the French PSA Group, maker of Peugeot, Citroen and DS brand vehicles. PSA chief Carlos Tavares plans to try again in the US market, despite a costly failure 25 years ago.
"So that the company can continue to grow profitably ... PSA must return to North America," Tavares said. Indian car maker Mahindra, which in 2010 failed to deliver pick-ups in the United States, has North American ambitions for its South Korean brand SsangYong.
"We are currently reviewing the issue of entering the US market but the timing of it is undecided," a SsangYong spokesman in Seoul told AFP.
Meanwhile, Chinese manufacturer GAC group is scheduled to present at the Detroit show, as well as Lynk & Co, an offshoot of the Chinese giant Geely, the company that owns Volvo.
Lynk & Co plans to launch a sports utility vehicle at the end of 2018, after first debuting it in China and Europe. The SUV will be wired for car-sharing, in an effort to attract new mobility enthusiasts and other connected services.