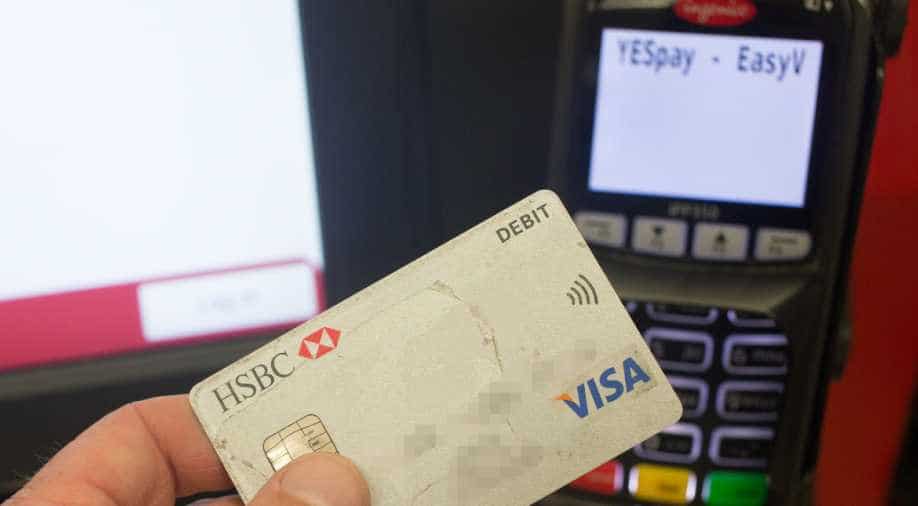 The committee said that it had studied the domestic scenario and drew on the best practices in the developed world in understanding the trajectory of development in payments industry and various interventions undertaken to promote digital payments. Photograph:( Getty )

“The recommendations aim to strengthen the ecosystem to promote digital payments with a focus on reaching financially and socially excluded groups,” the report said.

The committee said that it had studied the domestic scenario and drew on the best practices in the developed world in understanding the trajectory of development in payments industry and various interventions undertaken to promote digital payments.

Here are the 13 recommendations by the committee:

1. Make regulation of payments independent from the function of central banking:

The Committee weighed two options on how best this be implemented: (i) create a new payments regulator, or (ii) make the current Board for Regulation and Supervision of Payment and Settlement Systems (BPSS) within RBI more independent. While both options would serve the intended objective, the Committee recommends that the BPSS be given an independent status which it today lacks by being a sub-committee of the Central Board of RBI. The statutory status of the new Board, within the overall structure of RBI, called Payments Regulatory Board (PRB) should be enshrined in the Payments and Settlement Systems Act, 2007 – Implementation by MoF: Finalisation of structure of PRB may be done in 30 days.

To include explicit mandate for (i) competition and innovation, (ii) open access and interoperability, (iii) consumer protection including penalties and independent appeal mechanism, (iv) regulations on systemic risks, (v) data protection and security and (v) a process of regulatory governance. The Committee has provided drafting instructions for the new Payments and Settlement Systems Act and this may be initiated at the earliest – Implementation by MoF: Finalisation of amendment bill and placing the same before the Union Cabinet may be done 30 days.

By (i) adopting digital payments for all its needs, (ii) withdraw all charges levied by Government department and utilities on digital payments and bear the cost of such transactions, (iii) mandate government departments and agencies to provide option to consumers to pay digitally, (iv) incentivise consumers to make payments (including payment of fines and penalties) to Government electronically by giving a discount or cash back, (v) enable consumers to make payments (including taxes) to Government through suitable digital means like cards and wallets, (vi) special emphasis to promote digital payments for recurring low value transactions and (vii) reduce custom duties on payments acceptance equipment. Implementation agencies listed in recommendation section. Steps may be initiated in 30 days and reviewed fortnightly.

4. Create a fund proposed as DIPAYAN from savings generated from cash-less transactions to expand digital payments. Build audit capability to measure savings – Implementation by MoF, Ministry of Social Justice, Ministry of tribal Affairs and Ministry of Development of North Eastern Region. A time period of 60 days may be considered for initiating implementation by user agencies.

5. Create a ranking and reward framework to encourage and recognise government departments, State Governments, districts and panchayats and other market participants who lead the efforts on enabling digital payments – Implementation by NITI Aayog along with State Governments. Development of the framework maybe achieved in 60-90 days.

6. Implement other measures to promote digital payments including (i) promoting Aadaar based eKYC and paperless authentication (including where Permanent Account Number (PAN) has not been obtained), (ii) providing disincentives for usage of cash and (iii) creating awareness and transparency on cost of cash – Implementation by MoF, UIDAI, CBDT, Telecom Regulatory Authority of India (TRAI), Ministry of HRD, DoPT and RBI. May be initiated over 60-90 days.

7. Consider outsourcing the function of operation of payment systems like Real Time Gross Settlement (RTGS) and National Electronic Fund Transafer (NEFT). While moving RTGS to a separate operator is not envisaged for now – a cost benefit analysis may be initiated as an initial step. Overtime, multiple payment system operators should be encouraged and payment systems should be operated by market entities – Consultation paper may be released over 180 days.

8. Upgrade payment systems like RTGS and NEFT to operate on 24x7 basis in due course of time. RBI should progressively increase their timings over due course – A consultation paper may be released over 90 days.

9. Allow non-bank PSPs to directly access payment systems – Regulations may be released for consultation over 60 days.

10. Require NPCI, to be payments centric in its ownership and objectives. Ownership of NPCI should be diversified widely to include more banks and include non-banks. Its Board should be represented by majority public interest directors and include shareholder directors. NPCI should be allowed to function independently – Regulations may be released for consultation over 60 days.

12. Create a formal mechanism to enable innovations and new business models – Consultation paper may be released over 90-120 days.

13. Implement other measures to promote digital payments including issuing regulations on Systemically Important Payment System (SIPS) and Systemically Important Financial Institutions (SIFIs), growing acceptance network, enabling faster and cheaper credit and promoting cross border payments – Regulations may be released for consultation over 60-180 days. The RBI may within two weeks of releasing this Report, develop a comprehensive metric to quantitatively measure and monitor the enhancement of digital payment services in India.