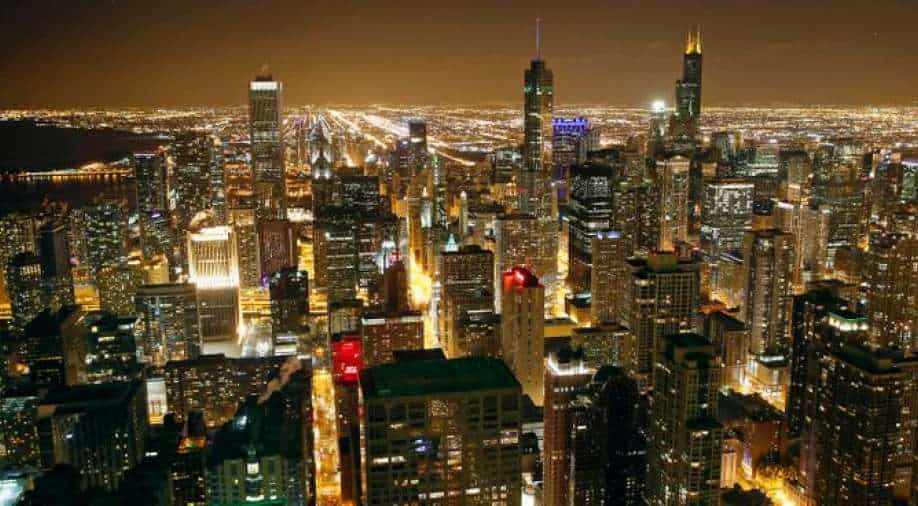 A general view of the city skyline in Chicago. Photograph:( Reuters )

Sixty-six of the 74 companies that filed forms since the law was passed provided enough information to parse out their racial diversity, University of Illinois professor Richard Benton said in a March study.

Illinois officials have seen the range of responses from local companies - many with international profiles - to new state requirements they identify the gender and race or ethnicity of each board member. The regulators say they are going to push all to be more like Boeing.

Companies, investors and elected officials will watch closely what happens next with the state`s rare requirement for director-by-director declarations.

Others say less specific disclosures protect directors’ privacy, but even those plans face opposition. Some Republicans have called for regulators to reject a Nasdaq Inc proposal to ask for the number of directors by gender, race and ethnicity - without any names.

State Representative Chris Welch, the speaker of the Illinois House of Representatives, proposed what became the 2019 Illinois law on board diversity reporting. "You can`t go wrong with more data," said Welch, who is Black.

Corporate America`s white-dominated leadership has been under the spotlight for supporting the Black Lives Matter movement while listing few leaders of colour. Activists point to some studies suggesting companies with diverse boards perform better.

"Putting sunlight on areas that lacked it has rarely had a poor outcome for investors," added Kapoor, who is Indian American and identified as Asian in a corporate filing last year.

Companies face no penalty if they do not fully report but may comply to avoid criticism by people scrutinizing the information, which began appearing on the Secretary of State’s website last year.

Last month Illinois officials tweaked a disclosure form to make more explicit the call for companies to list the self-identified race or ethnicity of each director and gender.

A spokeswoman for ADM - which in 2020 gave the 55% figure and noted five of its 11 directors were African American, Asian or Hispanic, and that three were women - told Reuters the company will consider reporting further detail next year. It has since added a director and says that half its 12-person board is now African American, Asian or Hispanic.

Sixty-six of the 74 companies that filed forms since the law was passed provided enough information to parse out their racial diversity, University of Illinois professor Richard Benton said in a March study. He found non-white people held about 15% of the average company`s boardroom seats, compared to their 40% share of the state’s population.

But even among companies with incomplete filings there seemed to be little resistance to the disclosures. For instance, at U.S. Cellular Corp only two of fifteen directors provided their race on a form last July. The company did not make directors available to comment but a spokeswoman said for a more current filing, “100% of our members have self-identified.”

Phyllis Lockett, a director at exchange operator CME Group Inc, said that diversity disclosures should give some breakdown by race and ethnicity to help identify what groups might be missing. She said she did not mind being identified as a Black woman on a filing last August. "I am Black and I am a woman. There’s no secret there,” she said.

Ekta Singh-Bushell, who described herself as Indian American and is identified as Asian in a filing from Huron Consulting Group, said that disclosure must have details and nuance on directors’ skills, knowledge and experience to show they do more than "check the box" for gender or race

“To bring about sustainable and real, lasting change, the conversation should be, `Do we have the right representation to fulfil our highest purpose as a corporation?`” she asked.

Illinois State Senator Jacqueline Collins, an African American who co-sponsored the legislation, said that without name-by-name disclosures, it can be hard to determine whether companies are being frank when they declare they are diverse.

"So we want to know the specific participation,” Collins said.

Other plans do not go as far. Stock exchange operator Nasdaq Inc is awaiting regulators` approval to require companies it lists to report the number of directors by gender and in categories including Black or Hispanic and LGBTQ+, but not name-by-name. The exchange wants boards to have at least one woman and one minority or LGBTQ+ member, or explain why they do not.

"We don`t actually care about which person is which. We want to understand the boardroom as a whole,” said Wendy Cromwell, vice-chair of the $1.1 trillion Boston money manager Wellington Management. It supports the Nasdaq plan especially for having companies provide diverse information in easily compared tables.

"As soon as you sort people by skin colour, you got my back up," Shoen, who described his family as interracial, said in an interview. “That it has some meaningful indication as to how a corporation is being managed is superficial at best.”