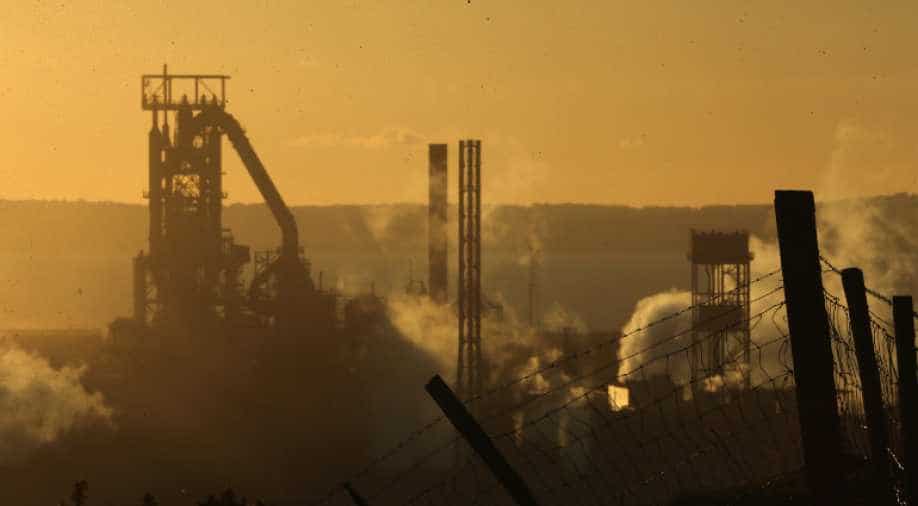 Tata Steel today clinched a pact with UK-based Liberty House Group that allows it to start exclusive talks for potential sale of its Speciality Steels business for an enterprise value of 100 million pounds subject to due diligence and corporate approvals.

The signing of the letter of intent (LoI) is in line with the company's overall restructuring strategy of the UK portfolio.

Liberty House Group, led by India-origin businessman Sanjeev Gupta, had emerged as the frontrunner for the Indian steel giant's UK plants when these were put on the block earlier this year.

The agreement covers some of Tata Steel's South Yorkshire-based assets, including the Rotherham electric arc steelworks, the steel-purifying facility in Stocksbridge and a mill in Brinsworth as well as service centres in Bolton and Wednesbury in the UK and in Suzhou and Xi'an in China.

"The Speciality Steels business is independent of the pan-European strip products supply chain and today's announcement is in line with the overall restructuring strategy of the UK portfolio," said Bimlendra Jha, CEO of Tata Steel UK.

"This is an important step forward in seeking a future for Speciality Steels and we have reached this stage, thanks to the efforts of employees, trade unions and management. We now look forward to working with Liberty on the due diligence and other work streams so that the sale can be successfully concluded."

The firm on Monday also revealed plans to pursue 85 million pounds worth of capital investments covering a range of "sustenance and improvement schemes".

Jha also expressed the intent to continue to work closely with trade unions and communicate any material news on this issue to the employees on an ongoing basis.

The Liberty Group said its latest acquisition is expected to be complete by the first quarter of 2017, subject to various clearances, and will mark a significant step in realising Liberty's GreenSteel vision, which promotes widespread melting and upcycling of UK domestic scrap metal, using arc furnaces powered from renewable energy sources.

Gupta, Executive Chairman of the Liberty House Group, said: "We look forward to working with Tata Steel over the coming weeks to complete this hugely important milestone transaction. We recognise the world-class skills of the Speciality Steels workforce and are eager to join with them to develop the business and increase market share, both domestically and internationally, using our global presence."

The planned purchase of Tata Steel's Speciality Steels business is the latest in a succession of key acquisitions undertaken by Gupta over the past year, including assets in South Wales, the West Midlands, Scotland and Kent.

Meanwhile, Tata Steel stated that it is actively seeking solutions to the structural challenges.
There has been speculation in the UK media over the company's plans to retain the bulk of its steel business under the interim chairmanship of Ratan Tata.

The challenges is the need to develop a more sustainable business in the UK as well as a self-sustaining future for the British Steel Pension Scheme.

"As part of that process, we will now engage fully with the trade unions and the local community. We are counting on their full support," Gupta said.

The British Steel Pension Scheme has been a major obstacle to the future of the Tata Steel business in the UK. It has liabilities of more than 15 billion pounds and 130,000 members, making it one of the biggest retirement schemes in the UK.

Tata Steel said it has recently approved schemes focused on improving manufacturing capability to enable production of premium steels in Shotton, Llanwern, Trostre, Orb in Newport, and other downstream operations as well as environmental schemes for Port Talbot's power plant.

Highlighting its track record in the UK, Tata Steel said it has invested 1.5 billion pounds of capital over the last nine years.

"The company's board considers technical feasibility and economic returns of investments while taking decisions as well as their affordability. The company is pursuing a transformation plan to create a sustainable future for its UK strip products business. The success of this plan is likely to influence decisions on future investments," the firm said.

Tata Steel is Europe's second-largest steel producer, with steelmaking in the UK and Netherlands, and manufacturing plants across Europe.