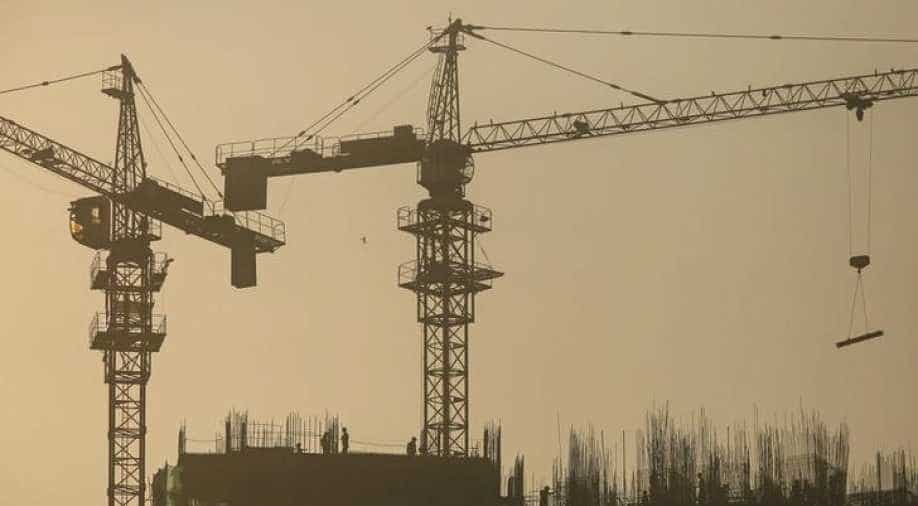 Labourers works at the construction site of a residential building in Mumbai, February 4, 2016. Photograph:( Reuters )

Follow Us
The world is at risk of getting caught in a low-growth trap, dimming the hopes of future generations, unless governments step up spending quickly, the Organisation for Economic Cooperation and Development (OECD) said Wednesday.

Moderate recovery since the global economic crisis in 2008 "has precipitated a self-fulfilling low-growth trap", said Catherine Mann, the chief economist at the Organisation for Economic Cooperation and Development.

"Without comprehensive, coherent and collective action, disappointing and sluggish growth will persist, making it increasingly difficult to make good on promises to current and future generations," she added in an introduction to the OECD`s twice-yearly economic outlook.

The OECD chopped its forecast for global growth this year to 3.0 percent, down from the 3.6 percent it forecast in October. For 2017 it now sees 3.3 percent growth.

The dismal economic recovery has created forces that are now working to perpetuate slow growth, the OECD believes.

In particular, businesses have little incentive to invest given moderate demand, while muted wage gains, unemployment and income inequality have held back consumption. Meanwhile, uncertainty also puts the brakes on spending. After years during which international economic instutions urged governments to practice austerity, Mann said that now "fiscal policy must be deployed more extensively".

"almost all countries have room to reallocate spending and taxation towards items that offer more support to growth" like investments in infrastucture as well as education, The OECD said.

While central banks have been supporting the global recovery with ultra-low interest rates and stimulus measures, the OECD said "it is clear that reliance on monetary policy alone has failed to deliver satisfactory growth and inflation."

Mann said the need for governments to shift up spending is urgent.

"The longer the global economy remains in the low-growth trap, the more difficult it will be to break the negative feedback loops, revive market forces, and boost economies to the high-growth path," she said.

She warned that as things stand negative shocks "could tip the world back into another deep downturn" while geopolitical risks to the global economy are on the rise.The OECD sees the potential exit of Britain from the European Union following a referendum vote later this month as one major risk.

If voters chose to leave, hits to trade, investment and spending would likely see the British economy grow by 3 percentage points less in the next four years than if voters choose to stay, according to the OECD.

Already, uncertainty surrounding a possible Brexit "has led to a significant slowdown in economic activity", although if voters choose to stay the OECD says it expects growth to pick up in the second half of this year.

If Britain votes to remain in the EU in the referendum, which according to polls is a close call, growth will come in at 1.75 percent this year, the OECD expects.

World markets went into a panic at the beginning of this year over the prospect of a sharp slowdown in China, which has been the source of most of global growth in recent years, but the OECD now sees growth moderating gradually thanks to recent government fiscal policy measures to support the economy.

The strong dollar is expected to slow growth in the United States to 1.8 percent this year, from 2.4 percent last year.
Meanwhile, the eurozone is seen as marking time at 1.6 percent growth.

Japan should get a marginal boost, with growth of 0.7 percent this year, but then stumble to a mere 0.4 percent expansion in 2017.