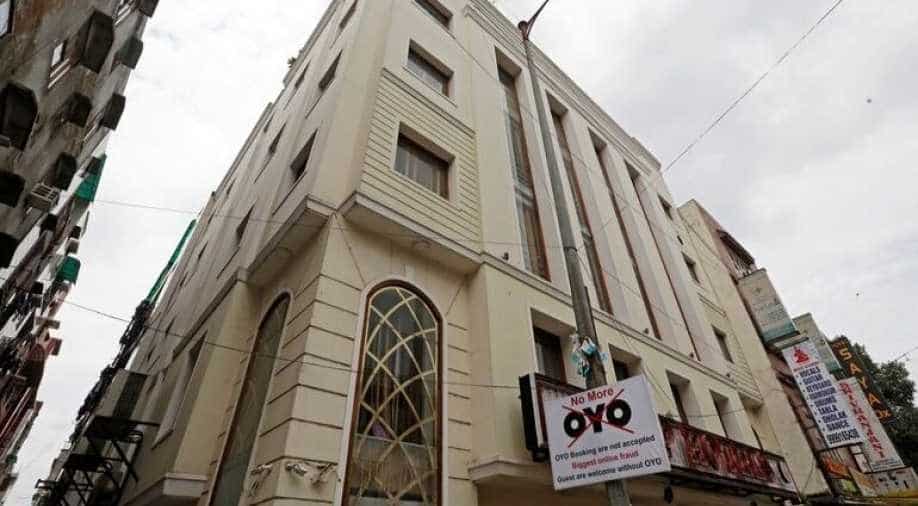 A sign against Oyo is seen outside a hotel in New Delhi. Photograph:( Reuters )

SoftBank Group Corp-backed Indian hospitality startup Oyo said on Monday it would raise $1.5 billion in a new funding round led by founder Ritesh Agarwal and other existing investors.

Agarwal will pump $700 million into the Gurugram-based company through his company RA Hospitality Holdings, while the remaining $800 million will come from other existing investors, Oyo said in a statement.

The fresh funding comes after 25-year-old Agarwal took out a $2 billion loan in July to buy back shares in Oyo, a deal that took its valuation to $10 billion.

Agarwal's share in this round will come from the money he raised then, the company said.

Meanwhile, as the company pushes for profits, many hotel owners who partnered with it complained of their income being hurt by higher fees Oyo charges them.