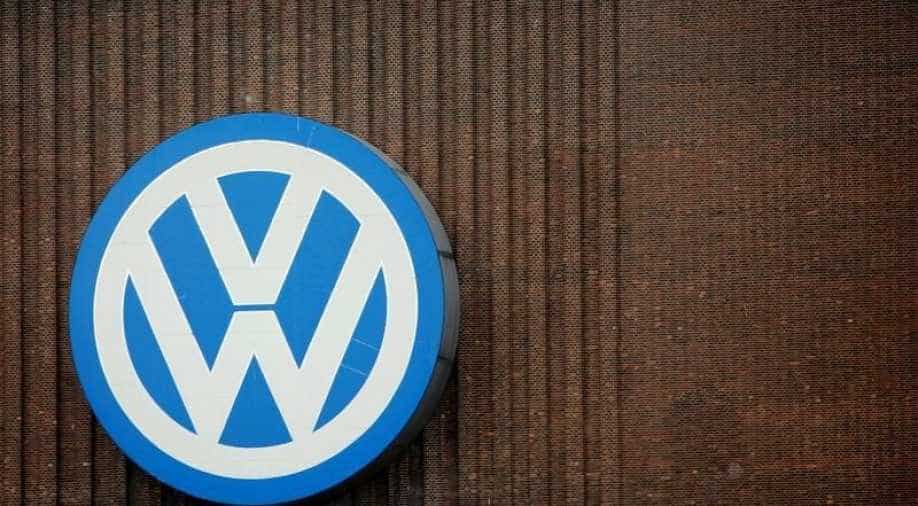 The settlement will be announced on Tuesday. Photograph:( Reuters )

Follow Us
German automaker Volkswagen saw net profit fall 19 per cent in the first three months of the year as it struggled to deal with a costly scandal over cars equipped to cheat on diesel emissions tests.
The company also faced plummeting sales in Russia and Brazil due to those countries' troubled economies.
Profits for the January-March period fell to 2.37 billion euros from 2.93 billion euros a year earlier, the company said today. Revenue fell 3.4 per cent to 50.96 billion euros due in part to exchange rate effects.
The net profit figure fell short of the 2.44 billion euros expected by analysts surveyed by financial information provider FactSet.
Earnings and profit margins slipped at luxury brand Audi, one of the company's major money-makers. Operating profit eased to 1.3 billion euros from 1.4 billion euros a year earlier. The profit margin fell to 9.0 per cent from 9.7 per cent in the first quarter of 2015. Things went better at the company's Porsche brand.
Operating profits, which exclude financial items such as interest and taxes, rose 14 per cent to 895 million euros. The sportscar and luxury SUV division turned in a fat profit margin of 16.6 per cent, up from 15.1 per cent.
Sales fell 35 per cent in Russia, which has seen its currency plummet along with the price of oil, and 17 per cent in Brazil, which is in a deep recession.
Volkswagen, based in Wolfsburg, Germany, faces heavy costs recalling and fixing cars that are equipped with engine-control software that could detect when a car was on a test stand and turned off the emissions controls during everyday driving.
CEO Matthias Mueller said in a statement that the company "managed to limit the economic effects of the diesel issue and achieve respectable results under difficult conditions." The company set aside 16.2 billion euros from its earnings last year to deal with recalls and other costs.
The company has reached a tentative agreement in federal court in San Francisco with US authorities, who first uncovered the cheating, to buy back or repair some 500,000 vehicles.
Volkswagen, the US Department of Justice and attorneys for Volkswagen owners have until June 21 to file a final settlement with the court.
The company reaffirmed its forecast for the full year, saying that it expects sales revenue to fall 5 per cent for all of this year compared to 2015 and an operating return on sales of 5.0 to 6.0 per cent.(AP)
Read in App