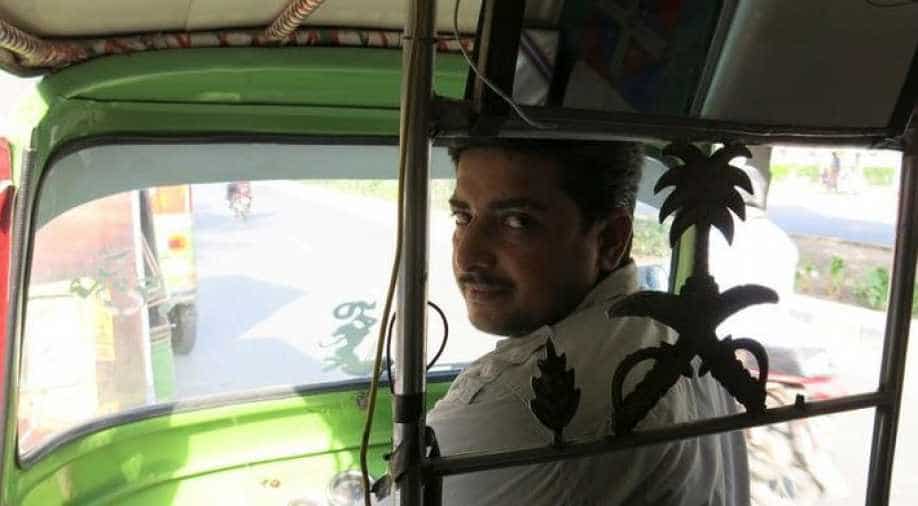 Rixi works with more than 1,000 rickshaw drivers in Lahore that are well-suited to beat traffic in the city's crowded streets. Photograph:( Reuters )

As taxi hailing giant Uber enters Pakistan, a little-known local competitor is counting on a mix of new ideas and old technology to tap what could be a big chunk of the market: low-income residents who travel in rickshaws, not cabs.

Known as Rixi, the Lahore-based service hails rickshaws instead of cars. Its platform is not smartphones, but older SMS phone messaging that allows nearby drivers to bid for any user's business.

Pakistan has more than 130 million cellphone subscriptions, but only 21 per cent subscribe to data packages, and while the proportion is rising, there are opportunities across emerging economies in Asia to tap a relatively low-tech customer base.

In Thailand, Taxi Radio uses calls and text messages to put cabs and people in touch and is popular with those without smartphone apps, and HeyKuya!, an SMS-based service provider in the Philippines, was recently acquired by Indonesia's YesBoss.

Rixi founder Adnan Khawaja says his company works with more than 1,000 rickshaw drivers in Lahore, where many people rely on small, noisy three-wheelers that are well suited to beating traffic in the eastern city's crowded streets.

"If you look at Uber's operational model, they will be depending on the smartphones," said Khawaja. "In countries like Pakistan, India, Bangladesh, that population is growing, but it's still smaller compared to the vast market."

Uber declined to comment on Rixi's business model, and said that while it had tested SMS-based services, there were no immediate plans to deploy such a service in Pakistan.

To entrepreneurs like Shehmir Shaikh, who recently launched errand start-up Scooty Bhejo in Lahore, Uber is missing a trick over Pakistan's digital divide and its large, low-income transport market.

"Abroad Uber has made waves because of the readily available technology that people are using like iPhones in their hands," he said. "We don't have that here. (And) the major form of transport is not cars."

Adam Ghaznavi, a technology entrepreneur who has studied the rickshaw market, thinks Pakistan will not necessarily be a large market for taxi ride hailing apps like Uber, but it could be very lucrative for an equivalent app for rickshaws.

"If somebody can figure that out, the potential is huge," he said.

So far, Rixi says it has registered about 100,000 rides since it launched in late 2013, and is averaging about 100 rides a day. That's just a fraction of the roughly 200,000 trips that rickshaws in Lahore take every day, according to the Awami Rickshaw Union.

"Rickshaw drivers do not know anything about these (online apps)," said Majeed Ghauri, head of the union, which represents the drivers of 60,000 of Lahore's roughly 80,000 registered rickshaws. "They simply want their daily wages."

Ghauri said market dynamics and consumer behaviour in the low-income market were markedly different from those in the taxi ride sharing arena.

Moreover, Rixi's location-tracking, reliant as it is on imprecise cellphone tower triangulation and Google Maps, has thrown up some major kinks.

"Even in the most densely populated cities in the country, the accuracy is no more than a few hundred metres, which is not good enough for a driver looking for a passenger," said Danielle Sharaf, a technology entrepreneur whose company provides value-added services for cellphones.

Rixi says it has an error rate of only three per cent, and says mismatches are because of its reliance on external services such as Google Maps.

Ghaznavi said a major hurdle to adoption in the Pakistani market is the lack of literacy, both traditional and digital, among rickshaw drivers and passengers, compared to those using taxi ride hailing apps.