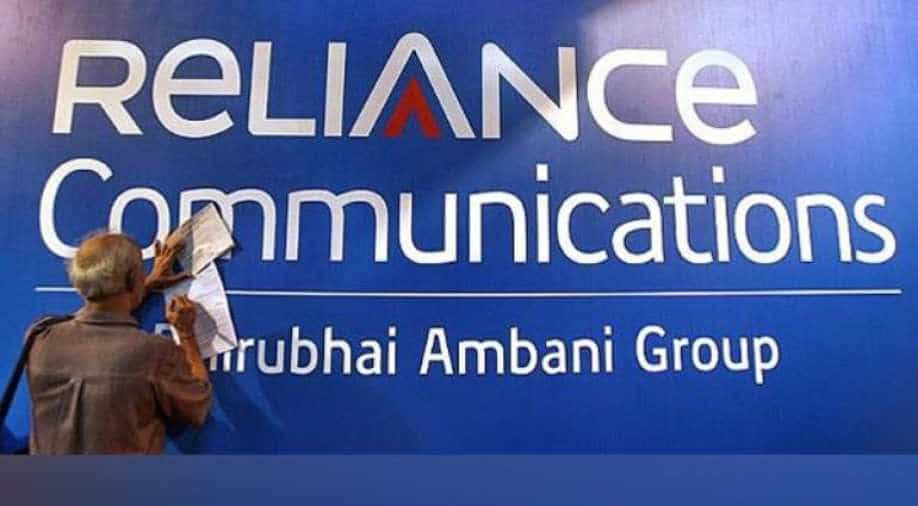 It is the second-largest loss posted in corporate India

Bankrupt telecom operator Reliance Communications has posted a consolidated loss of Rs 30,142 crore for the second fiscal quarter (July to September) due to provisioning of liabilities after the recent Supreme Court ruling on statutory dues.

R-Com, which is going through the insolvency process, had made a profit of Rs 1,141 crore in the second quarter of the previous financial year (Q2 FY19).

During Q2 FY20, the company set aside Rs 28,314 crore on account of provisioning following the Supreme Court's order on the calculation of annual adjusted gross revenue (AGR) of telecom companies.

This includes Rs 23,327 crore for the licence fee and Rs 4,987 crore for spectrum usage charges, R-Com said in regulatory filings at stock exchanges late on Friday after market closing hours.

Last month, the apex court upheld the government's position on including revenue from non-telecommunication businesses in calculating the annual AGR, a share of which has to be paid as licence and spectrum fee to the exchequer.

R-Com, once led by billionaire industrialist Anil Ambani, is now in the reigns of a debt resolution professional. Its revenue from operations dropped to Rs 302 crore in Q2 FY20 from Rs 977 crore in Q2 FY19.

After the Supreme Court ruling, total liability on telecom operators is estimated to be about Rs 1.6 lakh crore.

The Cellular Operators Association of India (COAI) says the apex court's judgment is the last straw in contributing to the financial distress of the sector which is already reeling under a daunting debt of Rs four lakh crore as operators are making negative returns on their investments.