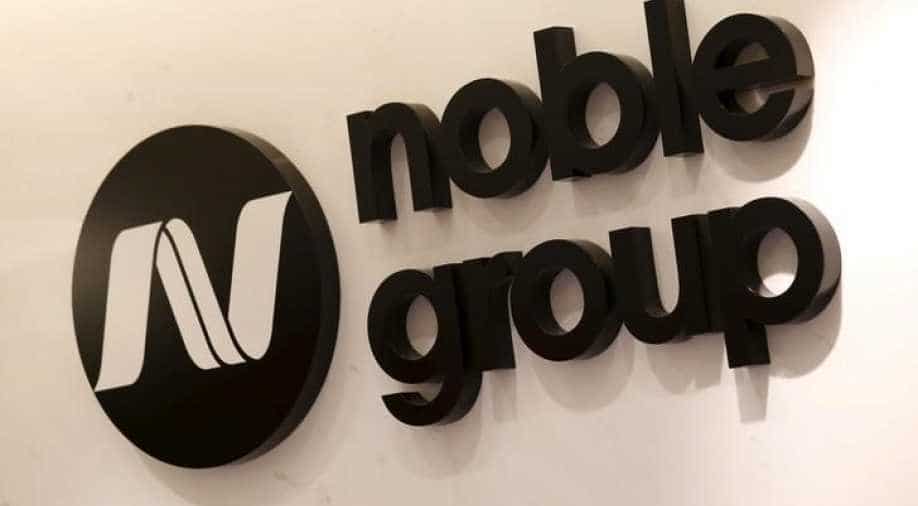 The company logo of Noble Group is displayed at its office in Hong Kong Photograph:( Reuters )

Noble Group is raising $500 million in a rights issue and its chairman plans to step down within 12 months - the latest in unexpected measures this week as Asia's largest commodity trader struggles with the fallout from an accounting dispute and weak markets.

The resignation plans by Chairman Richard Elman, who is also Noble's founder and largest shareholder with one-fifth of the company, come a few days after its chief executive quits and the firm said it would sell the North-American energy business, its crown jewel.

Noble also said on Friday it would cut headcount and that the rights issue will be supported by Elman as well as China Investment Corp (CIC), which holds close to 10 per cent of the firm and will now be entitled to a second non-executive director on the board.

The developments this week have raised fresh questions about the trading firm's financial health and strategy just after it finalised $3 billion in credit facilities, a crucial move allowing it to refinance all of its debt maturing this year.

News of the rights issue sent Noble's shares sliding by nearly 12 per cent, to their lowest level in 13 years on the planned dilution but its bonds rallied sharply with its 6 percent perpetuals climbing nearly 10 points.

"This rights offering is a clear sign the new management is making the balance sheet their first priority, a big contrast from the last one," said Andrew DeVries, analyst at independent research firm CreditSights.

"This doesn't get them out of the woods by any means but it's a great first start," DeVries added.

Worries over Noble's finances have roiled the Singapore-listed trader since it was accused in February 2015 by Iceberg Research of overstating its assets by billions of dollars, claims which the company rejected.

Since then, Noble's market value has plunged by more than 75 per cent while its debt financing costs have risen after it lost its investment grade rating.

"This is a boost to the balance sheet but at what cost to shareholders?" said Nirgunan Tiruchelvam, an analyst at Religare Capital Markets. "We also have to figure out what Elman's plans are."

The company said it aims to generate $2-billion in additional liquidity over the next 12 months from the rights issue and other measures, such as the sale of low return assets and working capital reduction measures.

On a conference call on Friday, Noble executives said this would be enough to meet the company's debt refinancing for 2017.

Noble's share price, like that of most its peers, was hit by the sector's price rout between 2014 and early 2016, but it has failed to recover alongside commodities since the start of this year.

The rights issue is being underwritten by banks including HSBC, Societe Generale, ING Bank and DBS Bank, which helped the company with its credit facilities. Morgan Stanley is also underwriting the issue.