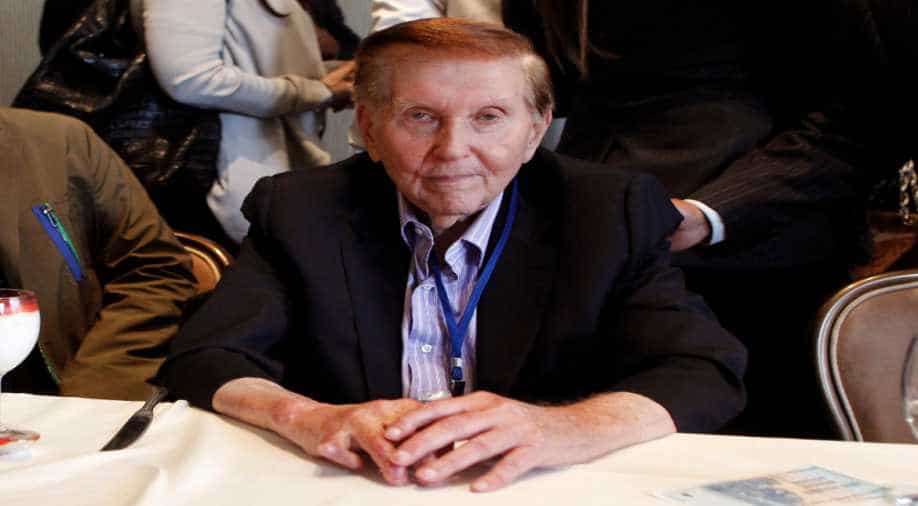 THIS IMAGE NEEDS TO BE CHANGED.

National Amusements, which controls 80 per cent of the voting shares of Viacom, is also keen to extract more value from the film studio's real estate holdings in Los Angeles.

It is unclear what other scenarios National Amusements is considering. The fact that it is entertaining options for Paramount is significant because it could mean that a deal for the movie studio could happen even without Viacom chief executive Philippe Dauman leading the process.

Redstone is considering removing Dauman and members of the board. Representatives for National Amusement and Viacom declined to comment.

The sale of interest in Paramount has been an issue of contention in the battle for control of 93-year-old Redstone's $40 billion media empire, which includes Viacom and CBS Corporation.

Redstone said in a statement last month he believes keeping 100 per cent of the film unit is in the best interest of Viacom but could be swayed by a plan that convinces him otherwise.

National Amusements said it "is not opposed to a transaction that would unlock value at Paramount". But it amended Viacom's bylaws to create hurdles for Dauman to sell a stake in the studio unless he obtained the approval of the entire board of the media company.

Dauman is pushing ahead with plans to sell a 49 per cent stake in Paramount, and he is also looking to unlock the value of the film studio's real estate holdings, he said at an investor meeting.

Last month, Redstone removed Dauman and Viacom board member George Abrams from the seven-person trust that will determine the fate of Viacom and CBS after Redstone dies or is incapacitated. Part of the reason that he made the move was over concerns about the Paramount sale, a representative for Redstone has said.

Dauman and Abrams have filed a lawsuit opposing Redstone's removal of them from the trust and the National Amusement Inc's board. A Massachusetts judge is deciding whether to move up that trial from October.