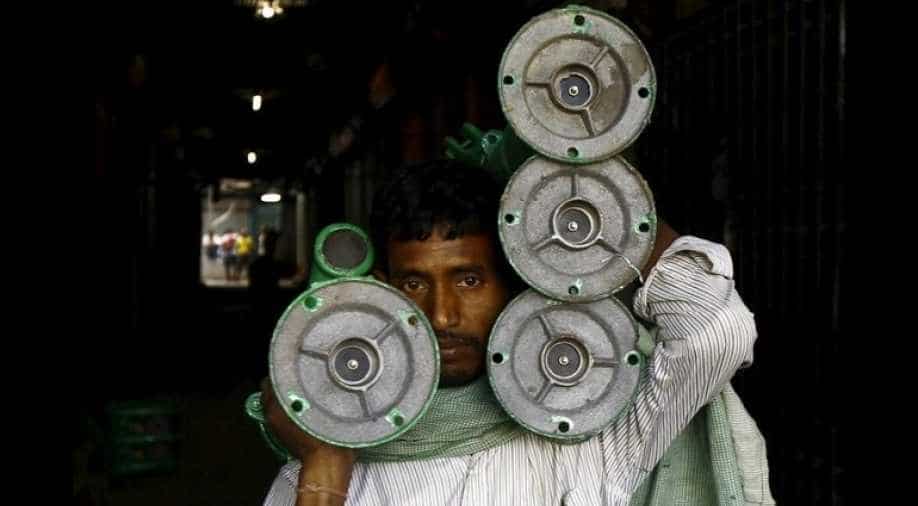 The credit agency welcomed economic and institutional reforms introduced under Modi, saying they "offer a reasonable expectation that India's growth will outperform that of its peers over the medium term." Photograph:( Reuters )

Moody's Investors Service on Wednesday affirmed India's sovereign ratings, citing economic and institutional reforms under Prime Minister Narendra Modi, but said the measures have yet to produce enough dividends to warrant an upgrade.

Moody's becomes the second ratings agency after Standard & Poor's to decline an upgrade to India's ratings despite government lobbying. Moody's rates India at "Baa3", the lowest investment-grade rating, but with a "positive" outlook.

The credit agency welcomed economic and institutional reforms introduced under Modi, saying they "offer a reasonable expectation that India's growth will outperform that of its peers over the medium term."

However, Moody's said "the reform effort to date has not yet achieved the conditions that would support an upgrade," saying the country still needed to accelerate private investment in order to reduce the government's debt burden.

Since taking office in May 2014, Modi has taken a slew of measures to control inflation, revive investments and boost economic growth.

He has revamped the country's monetary policy framework, giving the Reserve Bank of India an explicit mandate to target inflation. He is also on track to roll out a goods and services tax next April that will transform the $2 trillion economy into a single customs union.

While India has emerged as the fastest growing major economy, those initiatives have not yet succeeded in convincing cautious companies to commit to fresh capital spending. Nor have they materially improved public finances.

Earlier this month, S&P affirmed India's sovereign ratings, but ruled out any upgrade this year or in 2017 because of weak public finances and low per capita income.

S&P's decision had caused disappointment within the Modi administration, which criticised it for not reflecting its efforts to improve economic growth and public finances.