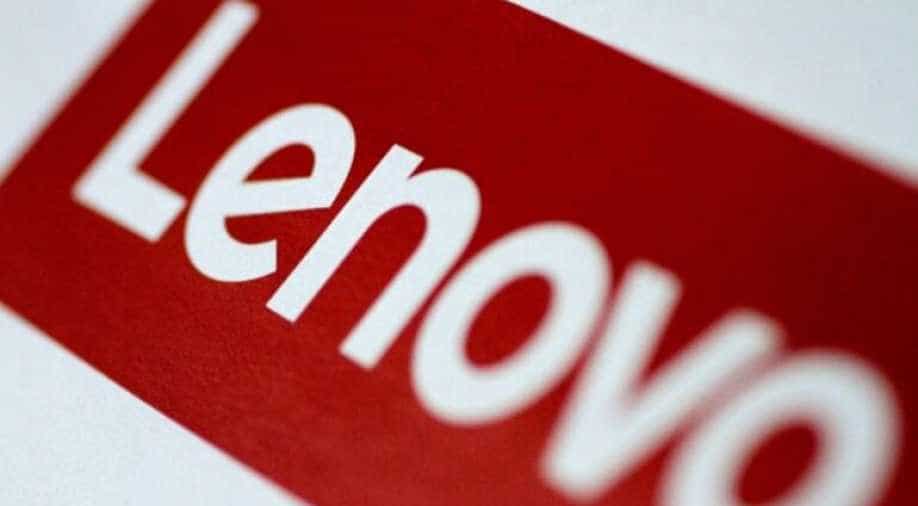 The Lenovo logo is seen in this illustration photo. Photograph:( Reuters )

Lenovo's warning amid mounting business uncertainty due to the US-China trade war cast doubt on its sales outlook and took the shine off forecast-beating quarterly results where robust PC sales helped the company more than double its profit.

China's Lenovo Group, the world's largest PC maker, warned it will have to raise product prices if US tariffs increase, sending its shares tumbling 6.5 per cent to two-month lows.

Lenovo's warning amid mounting business uncertainty due to the US-China trade war cast doubt on its sales outlook and took the shine off forecast-beating quarterly results where robust PC sales helped the company more than double its profit.

US President Donald Trump said this week that he would postpone imposing an additional 10 per cent tariff on Chinese-made products including tablets and laptop computers until December, but would still impose the tariffs on desktops from September.

"Retail prices for products like PC and smartphones will increase if (US) tariffs increase," Lenovo Chairman Yang Yuanqing told an earnings call on Thursday.

He also said shifting manufacturing from China to avoid US tariffs would also lead to product price increases, although Lenovo's global production footprint gives it flexibility in making adjustments, and it remains committed to China.

The global PC market grew 1.5 per cent in the June quarter after falling for two consecutive quarters, as threats of increased US tariffs on Chinese goods prompted some manufacturers to frontload shipments, industry analysts said.

Lenovo emerged as the biggest winner of the global PC market's surprise rebound in the second quarter. Citing industry data, the company said it had a record 25.1 per cent market share in the quarter.

Lenovo said it was the fastest-growing PC maker among the top five manufacturers and its improved product mix also helped the business' pre-tax profit margin rose to 5.4 per cent, the highest margin ever attained in a fiscal first quarter.

Revenue from Lenovo's personal computer and smart devices group grew 12 per cent, while its mobile business group recorded a 9 per cent fall in sales.

Its PC and smart devices business generate more than three-quarters of the group's total revenue, which rose 5 per cent.

Net profit rose to $162 million in the quarter ended June, compared with an average estimate of $154 million by nine analysts, according to Refinitiv data.

Revenue rose to $12.51 billion, in line with expectations.