India's oil imports from Iran dip in May 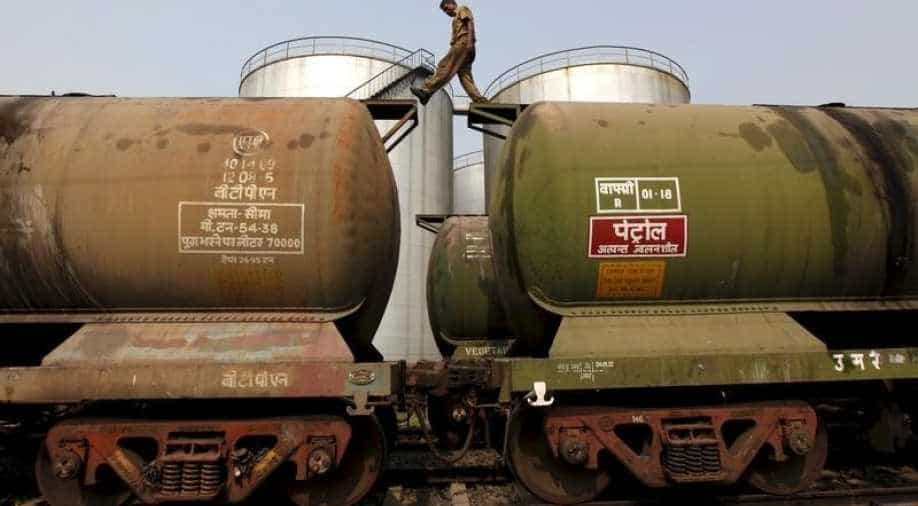 A worker walks atop a tanker wagon to check the freight level at an oil terminal on the outskirts of Kolkata, India in this November 27, 2013 file photo. Photograph:( Reuters )

India's oil imports from Iran fell 3.5 per cent in May from April as Mangalore Refinery and Petrochemicals Ltd(MRPL) cut purchases because of the shutdown of some units at its plant.

Indian refiners took about 379,200 barrels per day (bpd) of Iranian oil in May, down 13,700 bpd from the 392,900 bpd imported in April, according to preliminary tanker arrival data from trade sources and ship-tracking services on the Thomson Reuters terminal.

May shipments were 3 per cent higher than the 368,000 bpd taken in during the same time a year ago, the data showed.

Last month, MRPL shut a 60,000 bpd crude distillation unit, a coker and a diesel hydrotreater, along with some other units because of an acute water shortage in the state of Karnataka where its refinery is located. This caused MRPL's imports of Iranian crude to drop to 58,000 bpd from about 110,200 bpd in April.

India's state-owned and private refiners together are expected to buy at least 400,000 bpd in the year that began April 1, a seven-year high, industry sources said early last month.

In the first two months of this fiscal year, Indian refiners shipped in about 386,000 bpd of Iranian oil, a jump of 21.8 per cent from a year ago, the data show.

In May, Essar Oil continued to be the biggest Indian importer of Iranian oil, taking about 190,000 bpd. Reliance Industries Ltd resumed imports from Iran after skipping them in April, taking about 100,000 bpd.

Reliance resumed imports from Iran in March after a gap of about six years.