India to come out with micro, small and medium enterprise policy in 2016 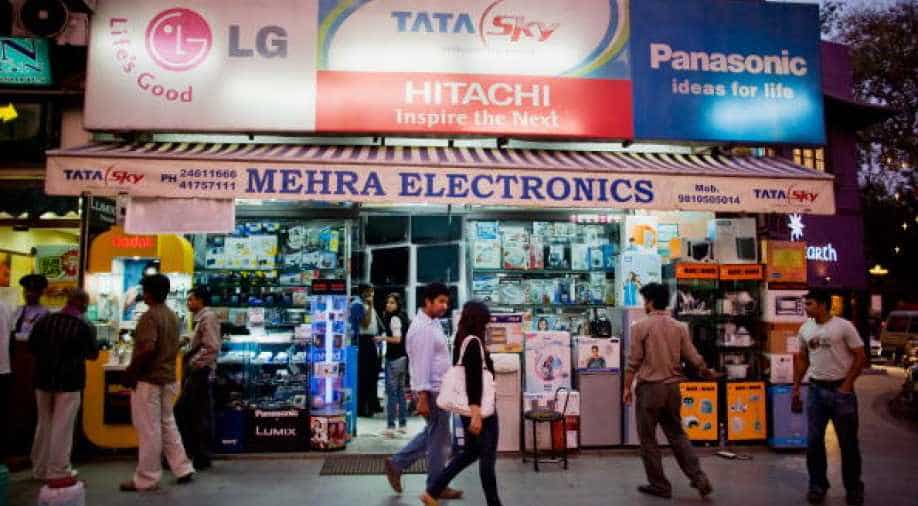 People make their way past an electronics retailer in Khan Market on February 24, 2009 in New Delhi, India. Khan Market, the most upscale place to shop in New Delhi and a destination for affluent residents, tourists and expatriates. Photograph:( Getty )

The national policy for the micro, small and medium enterprises (MSMEs), which seeks to boost the overall growth of the sector, is expected to be released by the end of this year.

MSME Minister Kalraj Mishra said a committee headed by former Cabinet Secretary Prabhat Kumar is drafting the policy and "we are expecting the report by October 31 and it would be released after that".

The committee would meet some more stakeholders for the proposed policy and they are also looking at policies of other countries, Mishra added.

"We want a detailed policy for MSMEs," Mishra said while briefing about the achievements of his ministry during the two years of the NDA government. A committee will be set up by the end of this month to look after the revival and rehabilitation of sick MSME units, he added.

At present, there is no integrated approach for the development of MSMEs despite the fact that the sector accounts for 45 per cent of India's manufacturing and 40 per cent of exports.

The Reserve Bank had revised the rules pertaining to revival of advances to small businesses and asked lenders to form district-level committees to resolve stressed loans to MSMEs.

The ministry is in discussion with public sector units to enhance procurement from MSME units as it has the potential to produce good quality products on time.

"We are talking with PSUs in groups. They have some issues like why they are not able to procure from these units. But we are doing our best to address their problems," he said adding the railways and defence ministers have assured that their departments would procure goods from MSMEs.

When asked about the issue of bank loans to these units, he said MSMEs do complain about their problems in getting bank credits but "we are discussing with them to resolve the issues".

"We are getting good number of complaints about banks but we are monitoring the situation and we are also trying to fix the issues," he added.

The minister said exports from MSMEs have not come down. The sector accounts for 40 per cent of the country's total exports.
Declining for 17th straight month in April, exports dipped by 6.74 per cent to USD 20.5 billion.