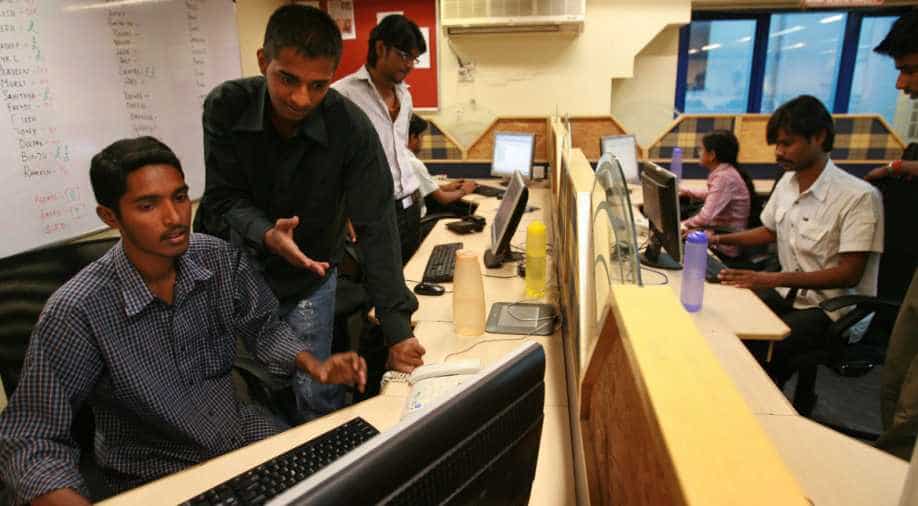 Appetite for private equity continued to be strong with late-stage investments of $1.32 billion invested into mature companies. Photograph:( Getty )

Follow Us
Private equity investments in January-March amounted to $3.1 billion through 160 transactions, registering a moderate two per cent decline in terms of deal value over last year, says a PwC report. PwC is India's one of the leading auditing and consulting firms.

In comparison with the year-ago period, there was a considerable decline of 24 per cent in terms of deals numbers. January-March 2015 quarter had seen 211 deals worth $3.16 billion.

"Indian macros continue to gain health and this is likely to spur M&A and funding activities over the next few months - however we expect this to be sectoral," PwC India leader Private Equity Sanjeev Krishan said.

A sectoral analysis shows despite a shortfall in big deals in e-commerce, the information technology & IT-enabled services (IT&ITeS) sector continued its dominance with an investment flow totaling $1.26 billion in 92 deals.

"The Digital India programme and ongoing efforts on Smart Cities are driving spending on software and IT services," Sandeep Ladda, leader - Technology, PwC India said. "The expected growth in the sector will provide more opportunities for investors."

"There has been a definite slowdown in the e-commerce/ digital and consumer internet deals and the next few months are likely to see some consolidation in the sector," Krishan said.

According to PwC MoneyTree India report, a quarterly study of private equity investment activity based on data provided by Venture Intelligence, appetite for private equity continued to be strong with late-stage investments of $1.32 billion invested into mature companies.

Growth-stage investments also played a significant role, attracting $918 million in the first quarter of this calender year, the report said.

From a regional standpoint, Delhi-National Capital Region had an edge over others in January-March with $914 million, whereas Bengaluru saw investments of $875 million.
(PTI)