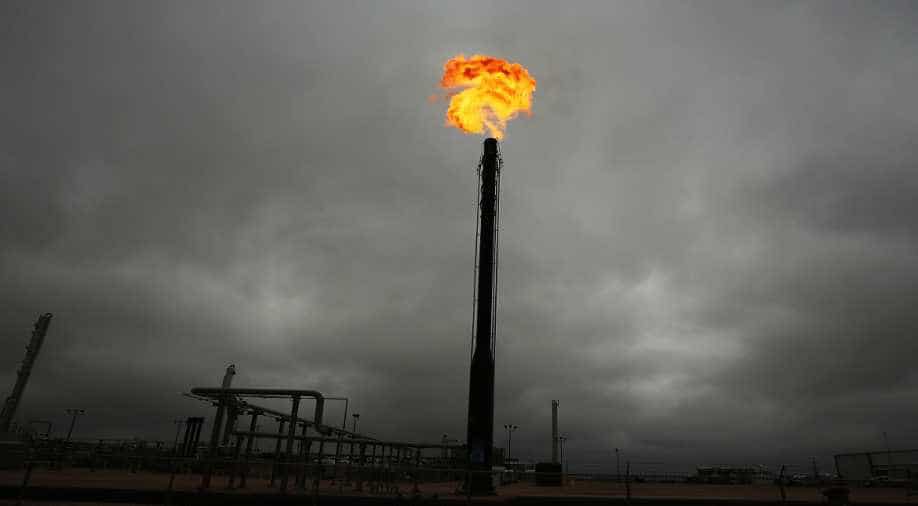 Iran has clearly emerged as OPEC's fastest source of supply growth this year, with an anticipated annual gain of nearly 700,000 bpd Photograph:( Getty )

Follow Us
The oil market is now in balance thanks to unplanned outages and robust demand, particularly from emerging economies, but this equilibrium will tilt into surplus again early next year, the International Energy Agency (IEA) said today.

The agency said in its monthly report that demand growth in 2017 is likely to reach 1.3 million barrels per day (bpd), the same level at which it estimates growth for this year, having revised up its May 2016 forecast of 1.2 million bpd.

"Again, on the planning assumption that OPEC oil production grows modestly in 2017, we expect to see global oil stocks build slightly in the first half of 2017 before falling slightly more in the second half of 2017. For the year as a whole, there will be a very small stock draw of 0.1 million bpd,"   said the IEA.

"At halfway in 2016, the oil market looks to be balancing; but we must not forget that there are large volumes of shut-in production, mainly in Nigeria and Libya, that could return to the market, and the strong start for oil demand growth seen this year might not be maintained," said the Paris-based agency .

Most of the anticipated demand growth this year and in 2017 is expected to come from nations that are not part of the Organisation for Economic Cooperation and Development (OECD), the agency said.

"We must stress that this is our first look at 2017 and the huge number of moving parts will see us amend our numbers accordingly. However ... the direction of travel seems to be clear," said the IEA.

The IEA's latest demand estimate for the first three months of this year shows global oil deliveries rising by 1.6 million bpd to 95.2 million bpd, with nine out of every 10 extra barrels going to a non-OECD economy.

On the supply side, the IEA said output fell by 590,000 bpd year-on-year to 95.4 million bpd in May, the first major decline since the start of 2013, as spending cuts and outages reduced non-OPEC production by 1.3 million bpd from a year earlier.

Crude output from the Organization of the Petroleum Exporting Countries fell by 100,000 bpd in May to 32.61 million bpd, after a spate of attacks on oil infrastructure in Nigeria offset higher output from the Middle East. Production was still 500,000 bpd higher than in May last year.

"Iran has clearly emerged as OPEC's fastest source of supply growth this year, with an anticipated annual gain of nearly 700,000 bpd," the IEA said.

The only other substantial increase from OPEC in 2017 could be from Nigeria, should security issues in the Niger Delta be resolved.
(Reuters)