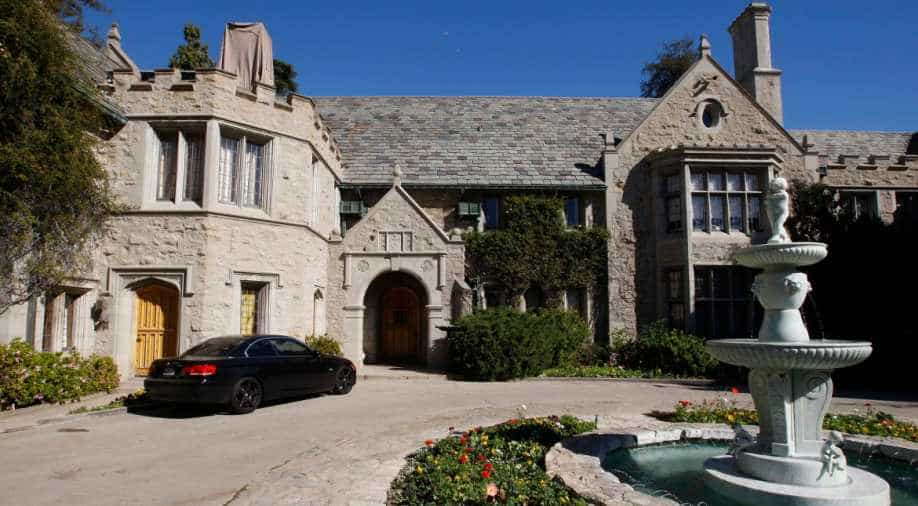 A view of the Playboy Mansion in Los Angeles, California Photograph:( Reuters )

The Los Angeles mansion owned by Hugh Hefner, founder of the Playboy empire, is under contract to be sold to private equity executive Daren Metropoulos, a Playboy Enterprises spokesman said on Monday.

The Gothic Tudor-style mansion, which has an area of 20,000 square feet (1,858 square meters), was listed earlier this year for $200 million, Reuters reported in January.

Metropoulos is a principal at private equity firm Metropoulos & Co. He did not respond to a request for comment.

"We can confirm that the Playboy Mansion is in escrow with Daren Metropoulos as the buyer. Due to confidentiality restrictions, we are not able to comment on any specifics, including what contingencies need to be cleared to close the sale," the Playboy spokesman said in an emailed statement.

In addition to a tennis court, free-form swimming pool and other amenities, the estate is home to the Playboy grotto, which over the years was the setting for some of Hefner's most lavish parties.

The mansion was built in 1927 and purchased by Playboy in 1971 for a reported $1.1 million, a figure property agents said was the largest real estate transaction in Los Angeles history at that time.