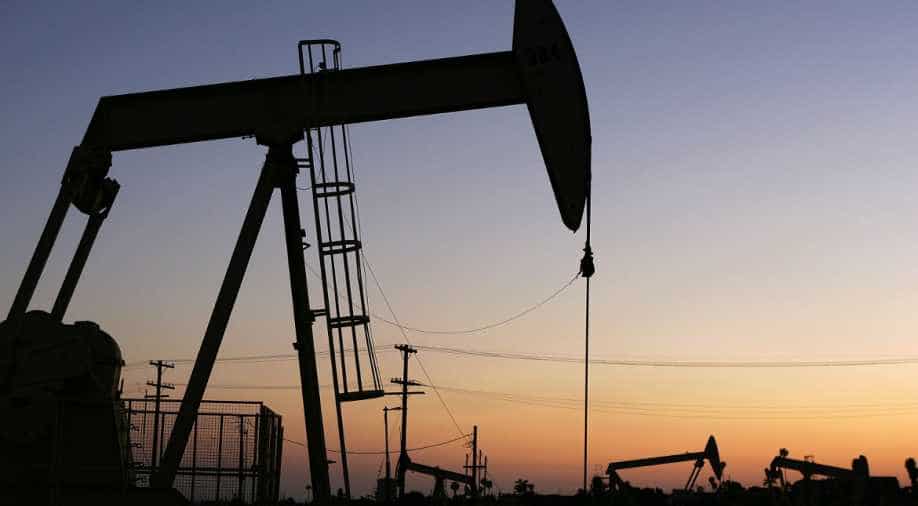 "We need to brace ourselves for further volatility,"said Ben Le Brun, market analyst at OptionsXpress on crude oil price rising for the first time in seven days. Photograph:( Getty )

Follow Us
Crude oil prices rose today for the first time in seven days as markets took a breather from concerns about the impact of Britain's possible exit from the European Union.

US West Texas Intermediate crude futures rose 37 cents, or 0.8 per cent, to $46.58. The contract fell 3.8 per cent in the previous session and prices are down around 5 per cent so far this week.

The British pound rose from a two-month low after campaigning for next week's so-called Brexit vote next week was suspended following the murder on Thursday of UK member of parliament Jo Cox, who was a vocal advocate for Britain to stay in the European Union.

Commodities across the board also posted gains, while equity benchmarks including Japan's Nikkei stock average rose.

"We need to brace ourselves for further volatility," said Ben Le Brun, market analyst at OptionsXpress in Sydney.

"We are seeing a bit of a recovery now with maybe some short positions being unwound. It is certainly going to be a wild ride for investors and traders going into the June 23 decision," he said.

Still, global oil majors Chevron Corp and Royal Dutch Shell Plc are putting small refineries on the auction block as they look to trim lower-margin assets in the face of headwinds from rising crude oil prices.

Chevron, the second largest US oil company, is soliciting interest in its Burnaby, British Columbia, refinery and gasoline stations, the company told Reuters.

Shell is looking for buyers for its Martinez, California, refinery, two people familiar with the situation told Reuters. Shell declined to comment.
(Reuters)