Asian stocks rise, Dollar eases as US economic outlook gets thumbs up from Fed 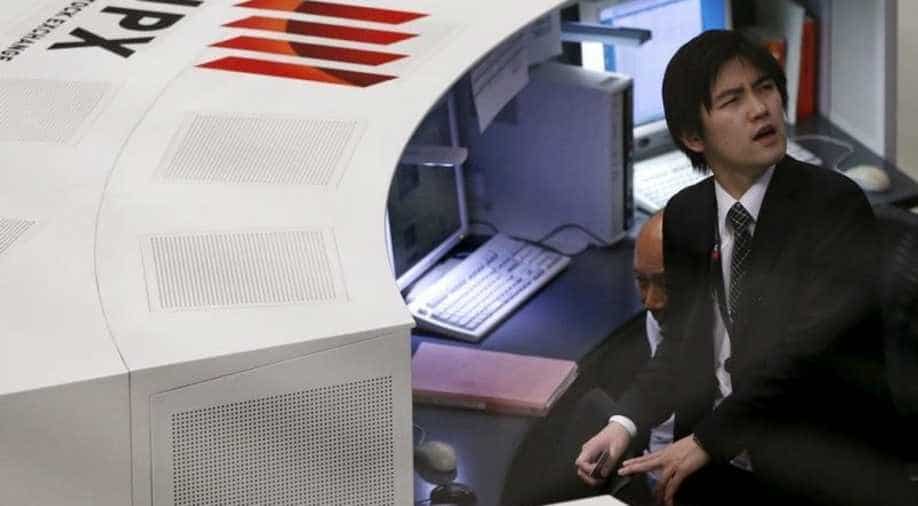 Employees of the Tokyo Stock Exchange (TSE) work at the bourse in Tokyo Photograph:( Reuters )

Asian stocks rose to a five-week high on Tuesday after US Federal Reserve chair Janet Yellen gave a largely upbeat assessment of the US economic outlook, while the Dollar declined on easing expectations of interest rate increases in coming months.

Morgan Stanley Capital International's (MSCI) broadest index of Asia-Pacific shares outside Japan rose more than 1 per cent, taking its gains to 6 per cent in two weeks, as investors judged the Fed's cautious stance as well-suited to equities.

In Asia, Hong Kong led regional stock markets, rising 1 per cent as investors hunted for bargains in one of the cheapest equity markets in the region.

Japan's Nikkei ended up 0.6 per cent as attention turned to whether the Bank of Japan will ease policy again next week, as strength in the yen crimps the economy.

"Yellen's comments yesterday downplayed the impact of the jobs data last week and gave a cautious sense of optimism on the outlook for the U.S. economy," said Fan Cheuk Wan, head of Asia investment strategy at HSBC Private Bank.

"Her comments point towards the world remaining stuck in a low-growth and low-yield environment which should be positive for risky assets and keep the dollar soft," Wan added.

The Fed chief said last month's jobs report was "disappointing" but warned against attaching too much significance to the payrolls data in isolation.

Still, Yellen was careful not to give any hints about the timing of a next rate increase, in contrast to a speech on May 27, when she said such a move would probably be appropriate "in coming months."

World markets cheered her comments, with US stocks closing a shade below a recent record.

Money market futures reduced bets on a July rate hike further, to around 20 per cent, from 30 pe rcent before Yellen's comments. They were pricing in about a 60 per cent chance of a rate hike by July before Friday's weak payrolls data.

With the Fed suggesting it was in no rush to increase interest rates, bond yields slipped with 10-year US Treasury yields retreating to 1.74 per cent from 1.84 per cent last week. Benchmark yields are down 63 basis points so far this year.

The Dollar index against a basket of other major currencies hit a four-week low of 93.745 before bouncing back to 94.066.

The Australian Dollar climbed to a one-month high of $0.7426 after the Reserve Bank of Australia kept rates steady at a policy meeting and investors scaled back expectations of a near-term cut.

Global crude benchmark Brent futures hit a seven-month high of $50.83 per barrel on Monday before easing to $50.46 early on Tuesday.

US West Texas Intermediate (WTI) crude stood firm in Asia at $49.60 per barrel, after rising 2.2 percent on Monday, its largest gain in three weeks.