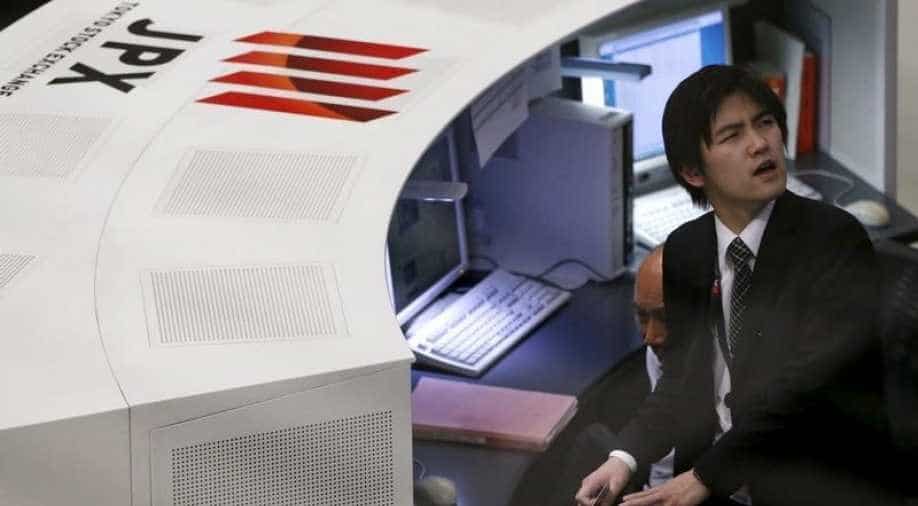 Asian stocks were on a weak footing on Wednesday as a slip in crude oil prices dampened investors' appetite for riskier assets, while the recently bullish dollar stalled against the Euro and Yen following a mixed bag of U.S. economic data.

Japan's Nikkei lost more than one percent as the yen firmed. Other decliners included Australian stocks which fell 1.0 percent.

Shanghai see-sawed in and out of negative terrain, and was last up 0.1 percent, after rallying on Tuesday on expectations MSCI could add China's mainland stocks to its emerging market benchmark for the first time.

David Dai, Shanghai-based investor director at Nanhai Fund Management Co, said any market rally was unlikely to be sustainable at this stage.

"The economy is still weak, and the Fed will likely raise rates soon. I don't think the market will go up much further. The best strategy now is to take profit."

There was little market reaction to the official and private surveys on China's manufacturing activity, which were roughly in line with expectations, suggesting the world's second-largest economy is still struggling to regain traction.

The Caixin/Markit Manufacturing Purchasing Managers' index (PMI) showed activity at China's factories shrank for a 15th straight month in May. The official manufacturing May PMI painted a slightly more optimistic picture and stood unchanged from the previous month at 50.1

MSCI's broadest index of Asia-Pacific shares outside Japan recovered from an earlier dip and crawled up 0.1 percent.

The Dow shed 0.5 percent and the S&P 500 dipped 0.1 percent on Tuesday, as energy shares weakened in the wake of a slip in oil prices and offset a rise in safe-haven utilities.

Crude pulled back from eight-month highs reached last week amid expectations that a global glut was easing, falling overnight to profit taking. U.S. crude was last down 0.7 percent at $48.76 a barrel and Brent fell 0.8 percent to $49.51.

The fall in oil prices was exacerbated after United Arab Emirates Oil Minister Suhail bin Mohammed al-Mazroui said he was happy with the oil market, noting that prices had been correcting higher.

The UAE oil minister's comments touched a nerve in a market wary that an OPEC meeting on Thursday may not pave the way for a production freeze.

"A sense of crisis among the oil producing countries appears to have receded following the recent spike in crude oil prices."

In currencies, the dollar was down 0.6 percent at 110.010 yen, having come off a one-month high of 111.455 struck on Monday after Federal Reserve Chair Janet Yellen's comments raised expectations for a near-term U.S. rate hike.

The Australian Dollar was up 0.6 percent to $0.7277 helped by stronger-than-expected first quarter economic growth, which pushed it further away from last week's three-month low of $0.7145.

Sterling was on the defensive, last trading little changed at $1.4490 after dropping more than one percent on Tuesday, after polls showing those who support Brexit may be increasing.