Boeing sees Indian carriers ordering up to 2,300 planes over 20 years 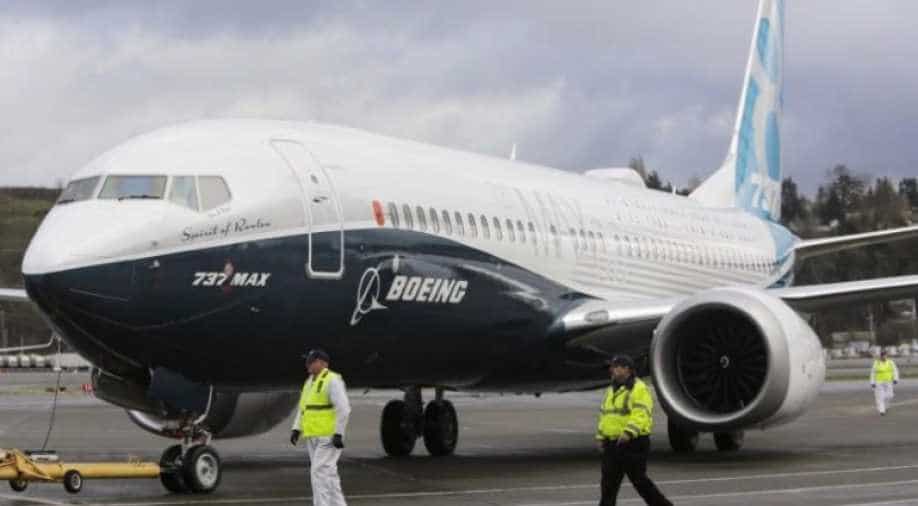 India is one of the world's fastest-growing aviation markets, with domestic passenger traffic growing at around 20 percent in recent years. Photograph:( Reuters )

India is one of the world's fastest-growing aviation markets, with domestic passenger traffic growing at around 20 per cent in recent years.

Boeing Co raised its projection for India’s aircraft orders to a record high on Wednesday, predicting the nation’s carriers would order up to 2,300 new planes worth $320 billion from global planemakers over the next 20 years. The U.S. planemaker’s estimate for the period to 2037 is about 9.5 per cent higher than its previous prediction of 2,100 jets until 2036 made last year.

India is one of the world’s fastest-growing aviation markets, with domestic passenger traffic growing at around 20 per cent in recent years, and Boeing expects it to become the third-largest commercial aviation market by the early 2020s. High oil prices, hefty fuel taxes and a weak rupee have hurt airlines’ profitability this year, although pressure is starting to ease as oil prices fall and the currency firms.

The Indian market, dominated by low-cost carriers like IndiGo and SpiceJet, is also hobbled by cut-throat competition and chronically low fares that have left full-service airlines like Jet Airways and Air India strapped for cash. “India sees dramatic fares and discounts and that is going to hurt airlines more and more,” Dinesh Keskar, senior vice president, Asia Pacific and India sales at Boeing Commercial Airplanes, told reporters on Wednesday.

“It is important that discipline in airfares comes in.” Domestic carriers like Vistara, a joint venture between Singapore Airlines and India’s Tata Sons, IndiGo and budget airline GoAir are looking overseas for better returns. Boeing expects single-aisle planes, such as its 737 MAX, to account for 84 per cent of global planemakers’ new jet deliveries to India from 2018-2037, higher than the global average.